PBS Debate: Why We Should Embrace Human Organ Sales 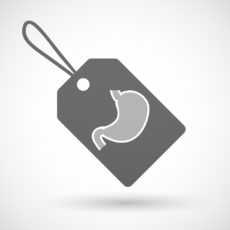 A couple weeks ago, I had the distinct pleasure of being part of a debate as part of the PBS late night show, Point Taken with Carlos Watson (you can get more details on the episode here). Filmed in front of a live audience who is not only polled at the beginning and end of the show, but can ask questions after the debate, I have to say it was an experience I really enjoyed. Rarely does one get to enjoy such immediate feedback!

The discussion was lively to say the least. Between an economist, a lawyer, a medical doctor, and a political analyst, you can imagine that opinions were strong, especially given our topic.

So what were we debating?

We were talking about the idea of allowing individuals to sell human organs, particularly kidneys.

The initial poll of the audience found that 25 percent favored having a more open market for organs while 75 percent thought such markets should not exist. While not quite that skewed toward a ban on organ sales, the majority of Americans agree with the audience. There are a lot of things people don’t like about the idea of selling organs.

The first argument many people make opposing such a market, one made by political analyst Amy Holmes during the show (and one we discussed again over dinner afterward) is the idea that such a market would create a scenario in which the poor are turned into “spare part factories.” That is, such a system would prey on those who are most vulnerable. Moreover, it’s argued that an open market for human organs would prevent poor people from obtaining organs. The idea is that, if people were allowed to buy and sell kidneys, the poor would lose out as wealthier individuals would bid up the price of kidneys.

The second argument frequently made against kidney and organ sales is one that centers on health outcomes. On the show, Dr. Elias makes this point explicitly when he discusses patients who have gone abroad to receive illegal transplants. They return with serious complications and often wind up with poor results. In addition, those who currently sell their kidneys in many markets likewise see less than desirable outcomes. A simple Google search yields countless stories of poor individuals who were undoubtedly taken advantage of and were made worse off as a result of the sale of their kidney as opposed to better.

The third argument against kidney sales, one made repeatedly throughout the show (and again during audience Q & A) is that the “commodification” of the human body, allowing people to profit from organ sales, is at best questionable, if not dangerous. If people can profit from the sale of kidneys, the argument goes, this provides incentives for individuals and groups to undertake operations that are unsafe.

While all these concerns are genuine, if one looks at the data, if one examines the incentives created by the current system of purely altruistic donations versus a market in which people could openly transact for a kidney, these arguments don’t hold water.

Take, for example, the argument that only the poor would donate. Perhaps this is true. But this ignores the fact that poor people, for one thing, do dangerous things for money all the time. People work as roofers, in high-rise construction, commercial fisherman, etc. Indeed, you are much more likely to die or be seriously injured doing one of these activities compared to donating a kidney. Yet, we don’t see a condemnation of these activities. Moreover, the current system, and the black markets it has created, make it much more dangerous for the poor who decide to sell a kidney.

In addition to this, the concern that the poor wouldn’t be able to afford kidneys doesn’t make economic sense. While the price of a kidney now is remarkably high, this is due precisely to the fact that we don’t have a freer market for organs. The small supply and high demand drives the (black market) price of kidneys upward. Legalizing these sales would increase the supply of kidneys and, as econ 101 will tell you, lower the price.

The second argument against organ sales is again reasonable. Without a doubt, what Dr. Elias sees with his patients is the product of a bad system—but it’s not the market system that’s the problem. Today, if patients in the United States and most other countries want to buy a kidney, they are doing it illegally. Unlike regular medical procedures in which doctors provide information regarding their credentials, success rates, etc., no such information is provided on the black market. Doctors, brokers, and others don’t have to worry about unsatisfied patients going to the authorities to say their illegal kidney operation went poorly. And it’s not just recipients who suffer poor health outcomes. Those who sell their kidneys are unlikely (read: they won’t) to receive appropriate preoperative and postoperative care. The consequences, as you may guess, aren’t good.

Conversely, a more open market in kidneys would likely eliminate this problem. If individuals were allowed to contract for kidneys, if doctors could perform these procedures legally in the U.S., it would be no different than any other surgery in terms of quality safe guards, etc.

Lastly, the point of commodification seems to me the weakest argument against an open kidney market, though it seems to pack the most punch with the public. I find it particularly interesting that many people seem perfectly fine with the idea of selling plasma, sperm, and eggs. They are fine with the idea of surrogacy, or “renting out” a woman’s uterus for 9 months. Yet, they have a problem with kidney sales. (Note, while the body replenishes sperm and plasma, a woman is born with the number of eggs she will produce in her lifetime and surrogacy, like any pregnancy has a verity of potential long term effects, so you can’t make the “it grows back argument” here.) The “commodification train” has long left the station. Moreover, it seems to me the moral and ethical implications are much greater for egg sales than kidney sales. With eggs you are selling with express goal of creating another human being.

At the end of the day, all of us sitting at the table during the debate had the same goals in mind and agreed on several things. First, we all agreed that the current system is broken. There are literally thousands of people dying every year waiting for a kidney that will never come. The current system is biased against the poor and costs taxpayers billions every year. We all agree that we have a genuine concern for health outcomes for both donors and recipients and we all have concern for those people who are particularly poor.

Where we diverge is in what we think would fix this problem. Our debate opponents argue that we should focus on improving altruistic donation. I think that’s a good start. At a minimum, removing barriers to donation, like allowing individuals to at least be compensated for time off work and other expenses during donation and recovery, is a start. But the fact of the matter is, that’s not enough. We’ve seen that the altruistic motive isn’t enough to get people to donate their kidneys, even upon death (what’s the incentive). Even if everyone signed up as an organ donor, so few people would qualify as organ donors upon their death it wouldn’t even put a dent in the current waiting list.