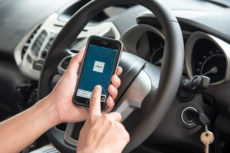 I’ve written extensively on the benefits of ride-sharing companies like Uber and Lyft. I’ve discussed how these companies, using the technology in smart phones, allow customers to request a ride and track their vehicle and driver. The firms operate in hundreds of cities and in more than 20 countries.

These companies have received an immense amount of criticism. From their pricing system, to supposed “safety concerns,” a variety of individuals and groups have called for the regulation of these companies. Others have suggested they be banned outright. Most recently, the city of Austin, Texas expelled Uber from the city for failing to comply with regulation.

I’ve argued at length that it is politics, not safety, and certainly not consumer welfare, that is behind the Uber backlash. Decades ago, cab companies and governments found they could enter into a mutually beneficial exchange through regulation. Cab companies would be granted licenses in exchange for a fee. These licenses would work to artificially increase fare prices while simultaneously limiting competition. In order to “play the game” you’d have to a license. This barrier to entry effectively prevented taxi firms from having to compete for customers–they were the only game in town. Governments, meanwhile, saw benefits in the form of the fees paid by cab companies.

The result of such a scheme has been a government granted monopoly in ride hailing services. As most people who’ve extensively used cabs can tell you, it’s not always a pleasant experience. (Nearly everyone I know who has traveled extensively has a “let me tell you how I nearly died in a cab” story).

Long story short, companies like Uber and Lyft threaten this cozy arrangement. It’s in the best interest of government and cab companies to keep Uber and Lyft off the road.

But there’s something else we should consider about calls to ban ride-sharing companies. While people are quick to call out Uber for supposed “subpar” (aka: non-government) safety standards, people have neglected to talk about other safety benefits of Uber and Lyft. Take, for example, instances of drunk driving.

It’s argued that the ease of use of mobile phone applications like Uber and Lyft to call rides may mean more people opt for a ride home than trying to drive after a few too many drinks. Pair this ease of use with lower wait times compared to calling a cab or private car, and it may mean people are less likely to drink and drive in cities where such services are available.

A recent paper by Dills and Mulholland explores this precise question. Specifically, they ask whether or not the introduction of companies like Uber and Lyft lead to a decrease in DUIs and other perverse outcomes. Using a unique data set and analyzing data from over 150 cities and countries from 2010-2013, they investigate whether the introduction of companies like Uber and Lyft were associated with changes in fatal vehicle crashes and other crimes. They find that the entry of these firms led to a decrease in fatal car accidents, as well as declines in arrests for DUI, assault, and disorderly conduct. Moreover, they find that these declines became larger the longer these services were available in a given area.

While it’s too early to tell how the ban of Uber in places like Austin, Texas and elsewhere will impact the rates of fatal car crashes, DUIs, and other crime, it will be something to watch. If Dills and Mulholland’s analysis is any indication, the results may not be pretty.