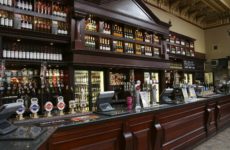 In May 2012, Scotland’s parliament enacted a law setting a minimum unit price (MUP) for all alcoholic beverages sold nationwide. The MUP of 50 pence (about 72 cents) per 10 milliliters of pure alcohol applies to beer, wine and distilled spirits, but has not yet gone into effect because the legislation, not surprisingly, was challenged in court immediately by the Scotch Whisky Association and other industry trade groups.

Edinburgh’s Court of Session is expected to rule later this summer on the industry’s lawsuit. The decision will be watched closely not only in Scotland, but in England, where a similar proposal was shelved in 2012; in Canada’s Saskatchewan province, where MUP (with five price bands depending on alcohol content) already is in place; and in other nations, such as Estonia and Ireland, which are considering minimum prices for alcoholic beverages.

Proponents of establishing a floor price see it as a way of mitigating the social costs of alcohol abuse (e.g., drunk driving, wife beating, child neglect, absenteeism and publicly financing the treatment of alcohol-related diseases) by raising sharply the prices of the cheapest adult beverages on the Scottish market. Opponents have countered that MUP will “artificially distort trade in the alcoholic drinks market, contrary to EU law.”

That last point surely is correct: other things being the same, the operation of the Alchian-Allen (“shipping the good apples out”) theorem means that MUP will make high-end beer, wine and liquor relatively less expensive than low-end substitutes, thereby changing relative prices within the broader alcoholic beverage market and prompting substitution within that market. MUP is not neutral: “neutrality” – the idea that choices in the presence of a tax or legislatively imposed minimum prices are the same as they would be in their absence – is one of the (mostly unrealized) Holy Grails of public finance.

But is MUP a tax? Of course it is. If I sell something for $1 per unit and then government forces me to sell the same thing for no less than $2, the $1 increase in price is equivalent to a $1 tax whose burden will be shared by me (in the form of lower profits) and my customers. And since Scotland’s MUP law applies selectively to alcoholic beverages, it is a tax on a traditional “sin”.

Is it “contrary to EU law”? Almost assuredly so. MUP is called minimum resale price maintenance (RPM) on this side of the pond. Such laws were first enacted at the U.S. state level during the Great Depression to prevent emergent national chain stores (Safeway and Walgreens, for example) from selling goods at prices below those charged by “Mom and Pop” retailers. Floor prices in any market intendedly are protectionist insofar as they insulate smaller, high-cost sellers from competition by their larger, more efficient rivals. Nowadays, no serious economist thinks that forcing prices up by enacting MUP or minimum RPM laws benefits consumers. For that reason, most U.S courts, including the Supreme Court, have ruled that minimum RPM violates the antitrust laws because of their anticompetitive effects on the supply side, which limit consumers’ choices and therefore reduce social welfare. In light of such economic reasoning, those laws largely disappeared from the American scene in the 1980s and 1990s.

But will MUP laws actually reduce alcohol consumption and mitigate its supposed social costs? The first law of demand teaches that an increase in the unit price of any one good (or product category) will, other things equal, cause the number of units bought and sold to decline. The important question is, by how much?

Evidence from Saskatchewan reported in the WSJ article linked to above suggests that a 10 percent increase in alcohol prices has led to about an 8 percent reduction in alcohol sales there. That estimate is implausibly large and about double the effect (of about 4 percent) reported in the peer-reviewed economics literature. The Saskatchewan study also fails to acknowledge that the responsiveness of consumers to price increases varies considerably across alcohol product categories: consumers are least responsive to increases in the prices of beer – a 10 percent higher price reduces sales by 3.6 percent; the same increase in price reduces sales of wine and distilled spirits by about 7 percent. Because beer dominates the alcoholic beverage market, a 10 percent price increase leads to roughly a 5 percent reduction in the alcohol consumption overall.

MUP and selective excise taxation are blunt instruments for curbing alcohol abuse. Beer is implicated in many, if not all drunk driving arrests – and consumers of that alcoholic beverage are the least responsive to higher prices. Every drinker of cheap booze, whether responsible or not, faces the same absolute price increase of 50 pence per 10 milliliters of pure alcohol at the margin under Scotland’s proposed law, which therefore targets every alcohol consumer, not just alcohol abusers. As my former colleague Richard Wagner observes in the chapter he contributed to the Elgar Companion to Public Choice, edited by me and Laura Razzolini, enforcing tougher laws against drunk driving is preferred socially to imposing floor prices on alcohol or taxing adult beverages discriminatorily.

Finally, it is worth noting that no selective tax or minimum unit pricing law is paid only by consumers or producers. In a workably competitive marketplace, some of the tax burden or MUP will be passed onto consumers in the form of a higher retail price; some of the burden will be borne by suppliers and some of it will be shifted backward to employees and other input suppliers. No selective tax or targeted MUP sticks where it lands.

Moreover, whatever share of the MUP is passed onto buyers as a higher retail price will, as is true of any selective consumption tax, fall most heavily on low income households. The burden of Scotland’s minimum unit price for alcoholic beverages mostly will come at the expense of poor beer drinkers. It will raise revenue on their backs, including those who drink a pint or two to relax at the end of a long working day.

MUP is elitist, protectionist and anticompetitive.