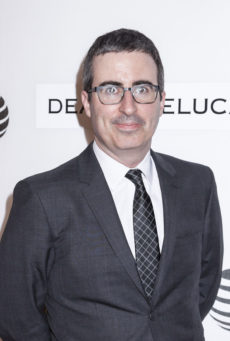 Late-night TV host John Oliver recently caused a stir by attacking debt collectors in a clever way. He set up his own collection agency, bought $15 million of medical bad debt, and then forgave it all. This was all done on TV, to the cheers of his audience.

Oliver claimed to have outdone Oprah Winfrey, who once gave a car to each person in her studio audience. Oprah’s car giveaway cost $8 million, just over half of Oliver’s buyout. So, Oliver wins the charitable ego competition, right?

Nope. Oliver did not forgive $15 million of medical debt. That was the face amount of the accounts receivable. He bought them for about half a cent on the dollar, or about $60,000 total. The lesson of Oliver’s stunt is that medical accounts receivable are very hard to collect. That is why they trade so cheaply in the secondary debt market.

Oliver said the portfolio comprised about 9,000 deadbeat patients. So, the average debt was $1,667 (although, I am sure there was a large variance around the mean).

Seven of ten hospitals report they collect less than one-third of patients’ fees at the time of service. No wonder they have so much trouble collecting. Then, they futilely sic debt collectors on patients whom they know are unlikely to pay. It causes a lot of pain for little benefit. As I discussed previously, Medicare regulations force providers to perform this pantomime, instead of writing off charitable care efficiently and effectively.

The real lesson of John Oliver’s stunt is that government regulations make it nearly impossible for patients to discharge their debts in an orderly and responsible way.