Obamacare Silver Plan Premiums to Rise 16% on Average in 2017 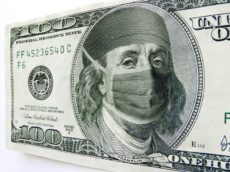 Caroline F. Pearson of the Avalere consulting firm has surveyed states which have already published 2017 Obamacare exchange premiums. Among eight states and the District of Columbia, the average requested rate hike is 16 percent for popular Silver plans:

Specifically, average proposed rate increases across all silver plans in the nine states examined range from 44 percent in Vermont to 5 percent in Washington. In 2016, 68 percent of exchange enrollees selected silver plans.

According to the data, in most states, proposed premiums for lower cost silver plans increased less dramatically or even went down for 2017, compared to higher-cost plans on the same tier. Lower-cost silver plans tend to be most popular with consumers, making this portion of the market more competitive as plans seek to attract enrollees.

The devil is in the details: The lowest premium Silver plan is going up seven percent, and the second lowest 8 percent, which means most Silver plans are going up more than 16 percent.

This widening of premium dispersion is not what we would expect in a functioning market. Instead, we would expect prices to converge towards the lower premiums. The dispersion is explained by Obamacare’s poorly designed subsidies, which make the second-lowest cost Silver plan the “sweet spot” for insurers, because that is where subsidies are maximized. Insurers that want to shed market share, because they have lost money, increase the difference between their offering and the second-lowest cost Silver plan.

Premiums in other “metal” tiers (Bronze, Gold, and Platinum) are likely to increase at even faster rates, because insurers want to drive beneficiaries into the second-lowest cost Silver plan, where taxpayers pick up the biggest share of the tab.

Avalere’s analysis corroborates my recent finding, that insurers are increasingly skilled at getting taxpayers to pay a greater share of beneficiaries’ Obamacare premiums.