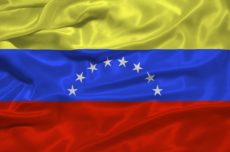 On Sunday night, my husband and I sat down to watch comedian John Oliver’s show “Last Week Tonight.” The news satire program is a guilty pleasure for the both of us. As the host, Oliver often brings humor to many otherwise (rightfully) dreadful topics.

Although I usually enjoy the show, that’s not always the case. In particular, when Mr. Oliver discusses anything related to economics, I often want to rip my hair out. This past Sunday’s show was no exception. In his opening segment, Oliver discussed Venezuela. In particular, he addressed the nation’s economic woes.

We begin tonight in Venezuela—AKA: North South America. They have been in the throes of an economic crisis, and recently, things have escalated sharply. Twelve says of violent clashes—that is a terrible situation—and even worse Christmas carol. So, what is wrong with Venezuela? Well, the short answer is everything. The low price of oil, which accounts for 96 percent of Venezuela’s exports, has triggered an economic collapse, causing massive inflation and shortages of food and medicine. And their current president, Nícolas Maduro, is not handling it at all well. He recently suggested punishing business owners who’ve ceased operations by jailing them and seizing their factories.

He goes on to discuss how Maduro suggested Venezuelan women stop blow drying their hair in an effort to save electricity and that the president has called for the largest military exercise in Venezuelan history while the people of his country are starving. He concludes the segment with the following.

So it seems Maduro has got two choices—either step down and make his people happy—or, at the very least, make sure those tanks are firing loaves of bread.

My husband looked at me, sighed, and hit the pause button on the tv. He knew what was about to come out of my mouth. Bring out the angry economist.

A little more than half a year ago, I wrote on this very blog about the problems facing Venezuela and its people. Sadly, since the time of that writing things have not improved. Shortages continue, inflation has gotten worse, and the protests have grown larger and more violent.

Sorry to disappoint John Oliver, but the problem isn’t the drop in oil prices; it’s the Venezuelan government.

Let’s talk about what the government of Venezuela has done.

The government has printed so much money that it has caused rampant inflation. The country is so broke it can no longer afford to print it’s own money.

The government of Venezuela has and continues to interfere in the marketplace. One of their favorite backward activities is implementing price controls, which has led to rampant shortages of basic necessities from toilet paper to flour.

It’s the government that’s responsible for people dying in hospitals. They don’t have enough medical supplies or even soap to keep things clean (see the point above regarding price controls). Young cancer patients wait weeks for treatment as hospitals are unable to supply them with the life-saving drugs they need.

It’s the Venezuelan government and its policies that are responsible for companies like Coca-Cola and Bridgestone ceasing production in the country.

It’s the government’s fault that some desperate citizens have taken to looting and even eating stray animals.

All of this comes, as Oliver pointed out, in a country sitting on one of the largest oil reserves on the planet. Even with the recent drop in oil prices, blaming the current ills of the country on the commodity is at best ignorant.

At the end of the day, it’s the people of Venezuela who suffer the most. Day by day they are watching the value of their money deteriorate, their cupboards empty, and their country collapse ever further into economic ruin. They watch their friends and family struggle. Without a doubt, Venezuelan parents look at their children and wonder what life has in store for them in a country so wrecked it’s unclear how it will be prepared. How can they focus on a future at all when their present is so filled with uncertainty?

Venezuela is a classic case of government failure. Bad ideas have led to bad policies. Bad policies have led to bad outcomes. We should feel for the people of Venezuela. I’d argue that we should feel just anger at their current situation, as it is wholly unnecessary. When we discuss where to place the blame, however, it’s important to get our facts right. The monster in Venezuela isn’t the liquid under the soil; it’s the government.