A Defense of “Big Bad Pharma” 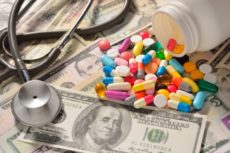 Late last year Turing Pharmaceuticals provoked a serious backlash after hiking the price of the pill Daraprim from $13.50 to $750 per pill. The head of the company defended his firm against the criticism, but many found his arguments lacking.

While we may question the overnight price jump of more than 5,400 percent, economics tells us why many drugs are so expensive.

The first reason is the cost of development. The Tufts Center for the Study of Drug Development estimates that the average cost of developing a new drug is around $2.6 billion. On average, only three in every 10 drugs will make it to market and be profitable. In this light, it is obvious why pharmaceutical companies may charge higher prices. To stay in business the companies must charge enough for their few profitable drugs to recover the costs of developing those drugs plus the others that fail.

Some argue that drug companies particularly exploit individuals suffering from rare conditions. Forbes found nine drugs that cost each patient more than $200,000 annually. While this may sound outrageous, consider that these medicines treat diseases affecting fewer than 10,000 people, a small market for a drug company. Higher prices and greater profit opportunities give pharmaceutical companies stronger incentives to develop these drugs. Without such incentives, the drugs likely wouldn’t be created at all.

The second reason behind high drug prices is the cost of innovation—finding new and cutting edge medications in the first place. The potential for large profits encourages companies to explore new treatments. This certainly benefits individuals who suffer from the variety of common and uncommon illnesses, but it can be a highly expensive and time-consuming process. The drugs that result from these advances are often incredibly helpful, but as a consequence of the time and resources required to create them, they can also be expensive.

The third reason for high pharmaceutical prices is simple supply and demand. Drug companies have been criticized for acquiring decades-old drugs and marketing at a higher price. What most people fail to realize is that many of these drugs have been long neglected and treat rare conditions. Once patents on these older drugs expired, companies could no longer profit from their production and stopped producing them. Acquiring these abandoned drugs, adapting them, and filing for a new patent allows companies to charge higher prices and once again earn profits. While these newer versions of the medication are more expensive, their availability in the market allows patients to access to drugs which otherwise might not be available.

All this is not to say that current pharmaceutical landscape couldn’t be improved. While the reasons above explain some of the high cost of drugs, there are other factors to consider. The current system of patent protection for drug companies, for example, may provide some incentives to innovate, but it also stifles competition. The lack of competitors drives up the price of many medications by granting drug companies monopoly power.

Moreover, many costs associated with drug development stem from the Food and Drug Administration (FDA) approval process. While the process is intended to prevent bad drugs from entering the market, this process is notoriously long and expensive. To maintain approval, drug companies have to engage in years of testing, driving up the cost of developing new drugs. When it comes to older medications, government regulations increase prices as well.

Altering FDA regulations and revisiting patent protection are essential for addressing high drug prices. We don’t have to look far to see competitive forces benefiting consumers. Consider the polio vaccine. This widely used medicine was developed and manufactured in the United States without the patent protection. Scholars have found that other countries have had robust pharmaceutical industries without patents. In the case of $750 Daraprim, it was competition—not government regulation—that brought down the price. A rival company, seeing an opportunity for profit, lowered the price to $1 per pill, forcing Turing to respond.

Free markets, not regulation, can cure the ills of the drug market.