All Monocausal Theories of Economic Growth Are Wrong 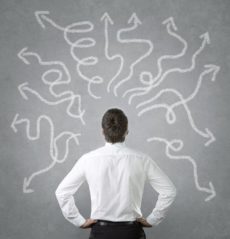 For as long as economic growth has been a noticeable phenomenon—at least since Adam Smith’s day—economists, historians, and others have advanced theories to explain its occurrence. Many of these theories have identified a single factor that is regarded as “the answer” to the question at issue. Thus, the exploitation of wage labor, the enslavement and exploitation of African slaves, the presence of certain raw materials, the presence of a certain religion, and many other factors, one by one, have occupied center stage in these portrayals. Because all such theories have fairly obvious shortcomings, analysts have spent much time refuting one another’s pet hypotheses. Since World War II, the economics profession has even created a new subfield called development economics to deal with these disputes, often by the formulation of novel mathematical models or the econometric testing of various hypotheses. Notwithstanding all of these efforts, debates about the one or the main factor behind the process of modern economic growth have scarcely been settled, even among well-informed professionals.

Recently my old and greatly esteemed friend Deirdre McCloskey has attracted much attention to her trilogy The Bourgeois Era, in which she advances (again) the notion that the process of modern economic growth—as she calls it, the Great Enrichment—has sprung mainly and fundamentally from a change in reigning ideas, in particular, from cultural changes that began in Holland and Great Britain in the seventeenth and eighteen centuries and accorded for the first time great respect to innovators and capitalists who carried out the technological and economic changes whereby the rate of overall economic productivity growth was raised to a much higher level and average incomes increased eventually by a factor of 30-100. McCloskey, with tremendous erudition, argues against all the previously advanced theories—material capital accumulation, human capital accumulation, slavery, improved institutions (in particular, better-established private property rights), the presence of certain raw materials such as iron or coal, and all the others—and offers instead her own explanation rooted in the cultural and ideological changes that have often been lumped under the rubric of “liberalization” in the old, classical liberal sense of this term.

I have the utmost regard for McCloskey’s accomplishment; indeed, I stand in awe of the amazing breadth and depth of her scholarship. Yet in considering her argument, I get a definite feeling of déjà vu. And not simply because I have seen such argument in the past—she herself recognizes that she is reviving and expanding on an explanation with a long and distinguished pedigree. My feeling rests on a remembrance of my own efforts to provide at least a rough interpretation of the process of economic growth in my first published book, The Transformation of the American Economy, 1865-1914: An Essay in Interpretation (1971).

In my little book, I argued that we can identify three distinct forms of capital, which I called material, human, and intellectual. The first is the usual concept of tools, stores and factory buildings, machinery, and so forth; the second is the concept of productive education, acquired health, valuable training, and so forth; and the third is the concept of technological and organization knowledge brought to bear in the productive activities of society. My argument was that capital accumulation in none of these forms would have sufficed by itself to support a process on ongoing economic growth, because any single form was subject to rapidly diminishing returns. However, in a world of fairly open and rivalrous markets, the diminishing returns to capital accumulation along one dimension had a mirror image of relatively increasing returns to investment in the other forms of capital accumulation, where capital had now become relatively scarcer. So the process of generalized capital accumulation consisted not, as McCloskey sometimes describes it, of just piling up more bricks, but of making interacting investments in a multicausal situation of productively cooperating types of resources.

But this three-pronged process of capital accumulation itself required an institutional context—especially the security of private property rights—that would establish sufficiently reliable links between effort and reward, between, that is, investment and return on investment, whatever the form that investment happened to take. In addition, increasing population and improvements in transportation that made commerce among the more numerous people cheaper also served to increase the incentive for investments of the three basic sorts. Again, however, reciprocal interactions occurred, as when, for example, technological progress in the transport industries lowered transport costs and created an incentive for the widening of markets, itself a spur to further specialization and trade that enhanced productivity. “Institutions,” wrote W. Arthur Lewis in The Theory of Economic Growth (1970, p. 57), “promote or restrict growth according to the protection they accord to effort, according to the opportunities they provide for specialization, and according to the freedom of manoeuvre they permit.”

Congenial institutions themselves, however, do not simply spring up and persist regardless of the cultural environment in which they are created, embraced, and sustained, and in this regard McCloskey’s theory comes clearly and strongly into its own. As David McCord Wright noted in his book Capitalism (191, p. 78), “People in a capitalist society saved and invested, some will say, because their property was relatively protected by the law. But on the other hand one could equally well argue that the citizens of a capitalist state insisted upon the protection of property by law because they were the kind of people who saved and invested or who hoped someday to be able to save and invest.” Which is to say that in a sense the culture of respect for private property, free enterprise, and esteem of investors and innovators had to exist in order for the “right” institutions to become established and maintained.

Note, however, that cultural change in the direction of respect for the bourgeoisie and its characteristic activities alone would suffice for nothing if the rest of the process were suppressed. So “piling up bricks” was indeed a necessary condition, as were improvements in human capital, technological changes, and an evolving web of innovation-friendly institutions stable enough to encourage entrepreneurial expectations of potential gains and flexible enough to be adapted to new circumstances as the process of economic development transformed the economic landscape. No factor by itself, however, was a sufficient condition to bring about the Great Enrichment—not even a thoroughly bourgeois culture.

We really need not and should not put all our explanatory bets on any one factor in the process of economic growth. This process consisted from the beginning, and continues to consist today, of a set of interdependent and reciprocally interacting factors, including material, human, and intellectual capital accumulation, an incentive-compatible institutional setting, and a cultural milieu in which those who play the leading roles as investors, inventors, and innovators are accorded an adequate degree of social respect. Let all these flowers bloom in our understanding of the process.