Litmus Test for Liberty: Is Exchange Willing or Unwilling? 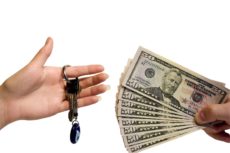 A new Harvard survey reports that only 42 percent of those between 18 and 29 support capitalism, while 51 percent say they do not.

It has been suggested that such views may be traced, at least in part, to the word capitalism. A plausible case could be made, particularly since many believe Karl Marx invented the term to falsely imply that the system benefited capitalists at others’ expense, when, in fact, workers have been the greatest gainers from all the productivity enhancements the system has generated. That perception, in turn, raises the question of whether capitalism could be given a less misleading name.

One good suggestion comes from Deirdre McCloskey, most recently the author of Bourgeois Inequality: How Ideas, Not Capital or Institutions, Made the Modern World. (Read Donald Boudreaux’s review of Bourgeois Dignity, the previous book in the series, here.) Rather than the “C-word,” McCloskey suggests “technological and institutional betterment at a frenetic pace, tested by unforced exchange among all the parties involved.”

Unfortunately, that phrase is too complicated for use against slogans masquerading as reasoning. But in referring to “unforced exchange,” she echoes a much earlier effort at improved clarity, offered by Leonard Read.

Read, founder and heart of the Foundation for Economic Education, proposed an expression not so tainted by confusion and misrepresentation, in Deeper Than You Think (1967). In Chapter 5, “Saying What You Really Mean,” he argued that for advocates of liberty one issue is especially fundamental: whether a social arrangement solely involves willing exchanges or imposes unwilling exchanges. His argument is worth remembering:

Shall it be willing or unwilling exchange?

Willing exchange...has not yet been saddled with emotional connotations ...Further, its antithesis, unwilling exchange...no one, not even a protagonist, proudly acknowledges he favors that; it does offense to his idealism.

If we cut through all the verbiage used to report and analyze political and economic controversy...much of it boils down to a denial of willing and the insistence upon unwilling exchange.

Coercive activities that go beyond the principled scope of government runs into the thousands.

The concept of willing exchange unseats Napoleonic behavior—all forms of authoritarianism—and enthrones the individual. The consumer becomes king. Individual freedom of choice rules economic affairs... [It] is for me, and a willing seller, to decide; it is no one else’s business!

In practice...very few will accord that liberty to others which they personally cherish so much.

A good society... [requires] the unobstructed flow of creativities...in free and willing exchange.

No person, or any combination of persons, regardless of numbers, or any agency they may contrive...has any right of control over any other person that does not exist or inhere as a moral right in each individual. The only moral right of control by one individual over another or others is a defensive right, that is, the right to fend off aggressive or destructive actions. Governments, therefore, should go no further in controlling people than the individuals who organize it have a moral right to go. For, if government does not obtain its power of control from those who establish it, from where then does its power derive? In short, limit governmental power to codifying the do-nots consonant with the defense of life and livelihood, to the protection of all citizens equally. No special privilege for anyone!

This is to say that, ideally, government should be limited to inhibiting and penalizing all violence, fraud, predation, misrepresentation—that is, to keeping the peace. Insist that it tolerate no unwilling exchange and that it never indulge in what it is organized to prohibit. Let government do only this; leave all else, including welfare and prosperity, to willing exchange.

Those who wish to restrict others’ freedom hide behind linguistic smokescreens. As George Orwell once wrote, “the slovenliness of our language makes it easier for us to have foolish thoughts.” Capitalism is one term that has been distorted into many such “foolish thoughts” about social organization.

Leonard Read’s focus on voluntary exchange, as echoed by Deirdre McCloskey, helps cut through the tangle of verbal confusion and distortion that has surrounded the term capitalism. In particular, at the root of virtually every complaint about the system is the assertion that it violates someone’s rights. But if people recognized that a system of solely voluntary exchange would not violate anyone’s rights, and would “harm” only those who wish to gain or maintain government-backed privileges that inherently come at others’ expense, then such claims could be easily dismissed rather than given credence. And expanding creative freedom—the ability to arrange our affairs voluntarily—is the only reliable source to provide benefits to all.

Adapted from “Willing or Unwilling?” in Gary M. Galles, Apostle of Peace (2013)