For the Love of Teaching and Economics 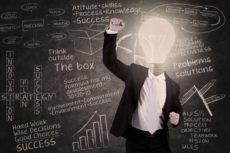 I love teaching economic principles. There is something truly exciting about introducing students to the economic way of thinking for the first time. It’s a privilege and honor I take very seriously. It seems to me, if more people understood basic economics, we could avoid a lot of patently backward policies.

However, I also find teaching principles to be frustrating on some level. This is not because of my students, who consistently make my job abundantly rewarding, but is a result of current events. In an effort to keep my classes relevant and interesting to my students, I try as often as possible to bring news stories into the classroom. Why does this frustrate me? It’s because there are always stories of terrible economic policies. Moreover, they are terrible policies that have been repeated over and over and over.

Take, for example, the minimum wage. I always analyze minimum wage policies with my students when we discuss price controls. After learning the important role prices play in the economy, we learn about the unintended consequences that result from interfering with market prices.

The minimum wage is as easy as it gets. If we (meaning government) set wages, or the price of labor, above what the market will bear, several things will happen. First, the promise of higher wages will induce more people to seek minimum wage jobs. In other words, more people will be willing to supply their labor at that price. Second, seeing the increase in the price of labor, employers will be less willing to hire low-skill workers. They will demand less labor. This results in a surplus of labor—otherwise known as unemployment.

But the story doesn’t end there.

I ask my students,

“Who do you think this helps? Who does it hurt?”

The answer is always the same.

“The poor workers,” one will inevitably reply. “They are now getting higher wages.”

“It’s true that workers who retain these jobs will earn higher wages,” I tell them. “These people win. But are they really the people we (government) want to help?”

This is precisely what happened recently at UC Berkeley. After spending quite some time “fighting for $15,” California Governor Jerry Brown signed the higher wage into law. A week later, UC Berkeley cut some 500 low-wage jobs. (Granted, the University had announced it would independently raise wages prior to the law being passed, but it makes no practical difference.)

Most of my students understand. I’ve had several tell me that the class has made them think differently about how they think about policy. Whether that’s a change in how they view the world, or just openness to thinking about things critically, I consider this a great success.

The sad fact of the matter is that these stories are bound to continue. People will still advocate for the minimum wage, rent controls, trade restrictions, mandates on businesses, and laws that will limit and erode our personal freedoms.

But teaching economics is my passion. I know countless other wonderful teachers in schools all over the world who, like me, believe that economics is key to understanding the world around us. Like Sisyphus, we keep pushing the “economic thinking boulder” up the hill. It will roll back down. We’ll push it up again.

I’m optimistic, though, that the more we teach our students to think about these issues, we won’t always be pushing alone. Maybe one day we’ll get that boulder to the top of the hill and watch in joy as it rolls down the other side.