Another Hit on Price Transparency in Health Care 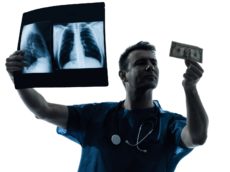 Two large employers represented in multiple market areas across the United States offered an online health care price transparency tool to their employees. One introduced it on April 1, 2011, and the other on January 1, 2012. The tool provided users information about what they would pay out of pocket for services from different physicians, hospitals, or other clinical sites. Using a matched difference-in-differences design, outpatient spending among employees offered the tool (n=148,655) was compared with that among employees from other companies not offered the tool (n=295,983) in the year before and after it was introduced.

Ouch! Let me make a couple of points. First, higher out-of-pocket spending might not be associated with higher health spending overall. If the price-transparency tools give patients confidence they understand their potential financial liability when going to doctors, that might encourage them to go rather than wait. If that increases timeliness of care, total health costs might go down while out-of-pocket costs go up. This is supported by previous research.

However, that is not addressed by the new research, so I do not want to plant my flag on that hill. Besides, I am not a fan of price transparency as currently discussed in health policy. The prices that are made transparent are still dictated by insurers and providers. They are not formed where the marginal consumer transacts with the marginal supplier, which is fundamental to efficient pricing.

Perhaps this is better explained through metaphor. Suppose the government had rigged a home-ownership system whereby your house was a non-taxable benefit if you lived in a home chosen by your employer. If you chose your own home, your rent or mortgage would be paid with after-tax dollars. Further, suppose everything in the home, from light bulbs to kitchen appliances, was also non-taxable if their costs were run through the same system at little direct cost to the occupant.

That is basically the way U.S. health care evolved from shortly after World War II to 2005. Then, Americans got the chance to open Health Savings Accounts, which allowed them to spend directly on health care with tax-free dollars. The result was high-deductible accounts and a heightened desire by patients to understand their costs. Ergo, the push for price transparency.

Suppose the alternative housing market evolved the same way: Occupants would now have to pay for their light-bulbs directly. However, they would still not know how much a light-bulb would cost until they went to a price-transparency tool offered by their employer which limited price information to in-network lighting stores. And they still would not know how much they owed until the lighting store submitted a claim to the customer’s employer’s housing plan.

That would hardly be considered consumer-driven, but that is pretty much all we’ve achieved in consumer-driven health care. No wonder it might not be having the effect it should be.