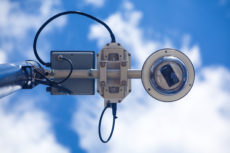 The Washington Post recently ran an article titled, “Surprise! NSA data will soon routinely be used for domestic policing that has nothing to do with terrorism.” In the article, journalist Radley Balko explains that provisions in the Patriot Act have allowed the National Security Agency to share information with a variety of other agencies, including the FBI and state and local law enforcement. The issue has received additional attention from the ACLU, but it’s made practically zero difference.

He goes on to say that now the NSA will be able to share data with agencies like the FBI and others “without first applying any screens for privacy.” This means that a variety of agencies will now have access to incredible amounts of data obtained without warrants. In the event one of these agencies looks through the data in the course of another investigation, it can use the data uncovered to put people in prison. Balko notes that, while shocking, this new revelation is simply the formalization of what we’ve seen for the past several years—the NSA sending data to the DEA and IRS to be used for purposes other than counterterrorism.

With the Snowdon leaks in 2013, the issue of the NSA’s domestic spying program was thrust into the limelight. People were shocked that programs intended to protect U.S. citizens from external threats had been used to violate individual liberties. Even those who had once said, “they can listen to me if they want, I have nothing to hide,” shifted uncomfortably in their seats when they learned of mass data recordings.

The fact of the matter is, once government is granted the authority to increase the scale or scope of its activities, it is likely to expand. Bureaucrats, interested in increasing their budgets and number of subordinates, offer to take on more and more activities in order to seem as though they’re providing something useful. Moreover, it’s incredibly difficult, if not impossible, to constrain these activities once they’ve started. Just look at initiatives like the War on Drugs or the War on Terror. Despite the countless failures, exposés, and blatant abuses, these activities carried on unabated. Talk of “reform” serves only to appease individuals until people either forget or stop caring.

The NSA is a prime example of what can happen when the U.S. or other governments engage in foreign intervention. In one of our recent papers, my coauthor and I discuss the origins of national surveillance specifically. Looking at examples as far back as the Philippine-American war in the late 1800s, we find that tools developed initially to protect the supposed interests of U.S. citizens came to be used to transgress against the very people they were supposed to protect.

The recent information regarding the distribution of NSA data should serve as a reminder to anyone concerned about liberty. Time and again we see that methods used to “protect” citizens from foreign threats often wind up coming home to roost.