My Political Endorsement, as It Were 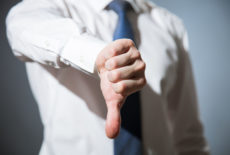 I notice that many people are making public announcements these days to identify which candidates they will endorse for the presidency and other public offices in the coming elections. Encountering these statements, I often shake my head because I have no idea who the endorser is or, when I do recognize the name, because he or she is such a nonentity that I wonder, “Who cares whom you endorse?” However that may be, in view of the cavalcade of nobodies who are making endorsements, I suppose it will do no great harm if I make an announcement of my own in this regard. So here is my public statement (my private statement is not suitable for a family-friendly website).

I will not endorse any of the candidates seeking the Republican or Democratic Party nominations for election to the presidency nor any of those seeking a nomination by the minor parties nor any of those seeking nomination for election to lesser offices. Indeed, I will not endorse the election itself. Finally, I will not endorse the continued existence of the nation-state over which these aspirants seek to preside. Enough is enough. I will not give my endorsement to politics as usual, a process by which competing parties seek to gain control of the state’s powers in order to plunder and bully the people at large for the sake of their principal supporters.

Oh that all other people would join me in withdrawing their endorsement—indeed, their acquiescence and endurance. Decent people ought to flee the whole diabolical process, leaving only those who are criminally inclined to assault their fellow human beings to go to war exclusively against one another without sacrificing the bodies, souls, and wealth of innocent parties.