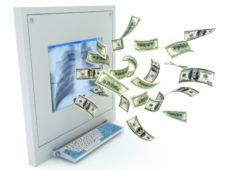 In the latest budget update, published in March, the Congressional Budget Office estimated 10 million people would be enrolled in taxpayer-subsidized Obamacare health plans with a total subsidy (via tax credits) of $32 billion this year. That would amount to an average subsidy per enrollee of $267 per month.

In April, analysts at the government agency running Obamacare reported the average Obamacare subsidy will be $280 – $13 higher than CBO estimated. That may not be a big deal, but what is interesting is how much more of the cost of Obamacare has been shifted onto taxpayers in the program’s third year.

However, when we look at each year individually, it is clear insurers have learned how to shift more costs to taxpayers. The change in gross premium from 2014 to 2015 was ten dollars per month, or three percent. The tax credit actually declined by ten dollars, or four percent. So, the net premium increased by $20, or 24 percent.

Despite gross premiums growing three times faster in 2016 than 2015, Obamacare beneficiaries will actually see a significantly less painful increase in the net premium they have to pay. Taxpayers are shouldering a higher share of Obamacare’s costs.

Accident? Probably not. Obamacare’s tax credits are based on the lowest-cost Silver plan in a region. The same subsidy will result in a very different net premium if a person chooses Bronze, Silver, Gold, or Platinum. The evidence suggests insurers have learned quickly how to design their “metal” plans to drive enrollees towards plans with the highest share of premium borne by taxpayers.

I expect this will continue, and the Congressional Budget Office’s cost estimates continue to be too low.