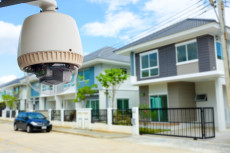 One of the greatest threats to freedom is indifference by those who possess it. In the aftermath of shootings, terror attacks, wars, and other unsettling geopolitical events, the political elite frequently confronts citizens with a supposed tradeoff between liberty and “safety”. Citizens are told that government can protect them, but only if they relinquish some of their freedoms and liberties to government.

The period following the September 11 attacks on the United States is only the latest illustration of this dynamic. The scope of government power has increased on a variety of margins including surveillance, detainment, and the transnational drone war that includes extrajudicial killing. For many, the supposed security-liberty tradeoff is an easy choice. We have all heard someone say, “I have nothing to hide,” implying they have nothing to fear from expanded government intrusions into their lives.

This reasoning is wrongheaded on a number of margins. Perhaps the most important is that it poses a significant threat to the maintenance of individual liberties and freedoms, which proponents of increased government security purport to protect. As Nobel Laureate F.A. Hayek argued, in times of national emergency, principles must trump political expediency. The temptation to respond quickly, Hayek warned, risks undermining the very principles of a free society that government policies purport to protect.

The preservation of a free system is so difficult precisely because it requires a constant rejection of measure which appear to be required to secure particular results, on no stronger grounds than that they conflict with a general rule [a steadfast commitment to individual liberty], and frequently without our knowing what will be the costs of not observing the rule in the particular instance.

Hayek’s point is that expediency offers perceived concrete benefits, such as a decreased threat of terrorism. However, in order to obtain these benefits—which may or may not actually come to fruition—citizens must trade off their liberties. Among other reasons, liberty is valuable because it creates an environment of experimentation and discovery that allows civilization to advance. By giving up these liberties, citizens are also giving up the benefits that would have been produced in the future. These benefits are unknowable in the present, which is precisely why freedom is so important.

One implication of Hayek’s insight is that the benefits of expediency in the face of national emergencies will always be overstated. The benefits of government action will appear to be concrete while the full costs are unknown because no one knows what benefits would have emerged under those freedoms in the future. We have illustrated how some of these unseen costs manifest themselves in the lives of U.S. citizens. For example, we have documented how a variety of foreign interventions have acted like boomerangs, whereby the tools of social control developed for successful foreign interventions have come to be used against American citizens by their own government. We’ve observed it with domestic surveillance, police militarization, drones, among countless other examples. In each case, intervention promised concrete benefits to American citizens.

Yet as we have discussed, the full costs and consequences in terms of expansions in government power have become evident only decades after the initial intervention abroad. Once these costs come to light, it’s too late to turn back the tide and the freedoms lost do not return.

The interventions and policies that caused the problem have long since done their work. In light of the recent attacks in Brussels, chances are we will see new calls for more intervention and further expansion of government activity in the name of promoting safety. For those of us concerned with freedom, it is imperative we oppose these calls outright. A true commitment to the principles of liberty requires a firm rejection of expediency and the promised potential benefits of government interventions. As Hayek so clearly noted, only the jealous guarding of liberty will ensure a free society.

Freedom will prevail only if it is accepted as a general principle whose application to particular instances requires no justification.