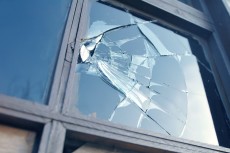 The success to date of Bernie Sanders’s campaign for the Democratic presidential nomination and the visible support for socialism on display among the U.S. public, especially among young adults, demonstrate once again the enduring vitality of economic nonsense and ideological folly. (Please note, however, that the foregoing statement should in no way be understood as an endorsement of anyone else seeking a major party’s presidential nomination. Every serious contender is a statist of some stripe.)

If sincere (as opposed to purely opportunistic) statism is anything, it is Frederic Bastiat’s broken window fallacy writ large. The visible accomplishments of the state are hailed to the heavens, but the opportunity costs of these accomplishments are ignored or pooh-poohed (e.g., taxes reaped from “the rich” are regarded not as genuine costs but as payback for the exploitation they allegedly used to get their wealth in the first place).

Statists, however, not only avert their eyes from opportunity costs in the form of sacrificed current goods and services. More important, they act as if their glorious state projects have no adverse dynamic consequences, including discouragement and suppression of technological changes, economic innovations, and capital investments that might otherwise have produced more rapid economic growth and a widely shared improvement in the standard of living. For the statist, tunnel vision focused on the state’s current, visible benefits is the only vision that counts. Such an optical deficiency well nigh guarantees that statism will produce destitution and ruin in the long run, as it has everywhere it has been pushed to its feasible limits (e.g., the Soviet Union, Maoist China, North Korea, Cuba and, most recently, Venezuela), regardless of the propaganda and coercion the state employs to obfuscate and deflect blame for what it has done.

Like Lord Keynes, statists do not stop to weigh opportunity costs especially when those costs take the form of sacrificed goods and services in the more remote future, when presumably all the statists will be dead. The trouble is that as one generation of statists dies off, another comes along to take its place. The childish wishful thinking of getting something for nothing seems impossible to discredit successfully among a large segment of the public.