Here’s an Argument for Not Nationalizing Health Care 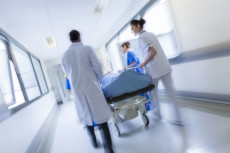 As with many such surveys, it does not send a very coherent signal about whether the people are largely satisfied or dissatisfied. Nevertheless, it has a lot of interesting insights. Most importantly:

Almost half the people who believe their own state’s health care is excellent deny that it is excellent elsewhere! Now, this survey covered only seven states. So, maybe the respondents believe health care in the other 43 states is lacking. However, there is a more likely explanation: People are largely satisfied with the health care they or their friends and family experience, but form their opinions about “American health care” from national media, politicians, and activist groups which agitate for their own issues.

This is one reason why American health care should not be put under even more control by national politicians: Citizens are poorly informed about what actions should be taken nationally, and incapable of giving coherent signals to politicians. It is likely that politicians will over react, because people think things are worse than they really are.