How Not to Make America Great Again 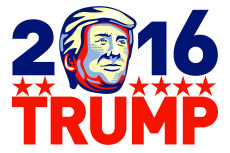 Donald Trump promises to “Make America Great Again.” Unfortunately, his “us versus them” view of economic exchanges, prominent in his “America doesn’t win anymore” rant, would fail introductory economics. And his protectionist promises cannot make us great again, only less great and poorer.

Trump’s protectionism rehashes a bogus patriotism argument. Imports are pilloried as harming American industry, creating an excuse for “we must defend America” protectionist policies. Since imports always harm American producers of competing products by reducing demand for their output, those wanting protection for themselves find that convincing, as do many who overlook the logical cheat.

Making protectionism even worse is that it is a negative-sum game. The resources represented by the difference between lower-cost imported goods and higher-cost domestic goods are simply wasted for each unit of domestic output inefficiently “protected.”

Our founders, undeniably patriotic, saw through the protectionist farce. For instance, Thomas Paine, the fiery rhetorician stoking America’s revolution, argued that free trade derives from principles “on which government ought to be erected,” and that interference with such commerce impoverishes us:

I have been an advocate for commerce, because I am a friend to its effects. It is a pacific system . . . rendering nations, as well as individuals, useful to each other.

If commerce were permitted to act to the universal extent it is capable, it would extirpate the system of war, and produce a revolution in the uncivilized state of governments.

The invention of commerce . . . is the greatest approach towards universal civilization that has yet been made by any means not immediately flowing from moral principles.

Commerce is no other than the traffic of two individuals, multiplied on a scale of numbers; and by the same rule that nature intended for the intercourse of two, she intended that of all.

There can be no such thing as a nation flourishing alone in commerce. . . . When . . . attack is made upon a common stock of commerce, the consequence is the same as if each had attacked his own.

Merchants of different nations trading together . . . each makes the balance in his own favor; consequently, they do not get rich off each other; and it is the same with respect to the nations in which they reside . . . each nation must get rich out of its own means, and increases those riches by something which it procures from another in exchange.

Free trade is simply freedom to choose who you will associate with in productive ways, and how you will arrange those associations, without artificial limitations. It is an essential part of self-ownership.

Unlike Donald Trump and fellow protectionists, Thomas Paine opposed the forced impositions of tyranny. He recognized that free trade benefits each participant, whether or not it crosses borders. So he warned that protectionism is not patriotic, but instead reflected “the greedy hand of government, thrusting itself into every corner and crevice” for favored interests against those it is supposed to represent. Following Paine, Americans should recognize that winning again primarily requires government to stop forcing us to bear such impositions, not to expand them.