The USA Is Going to the Dogs, as It Always Has in the Past 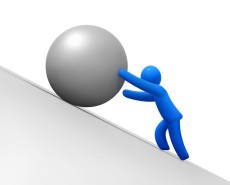 Some people say that the USA is going to the dogs (no offense intended, perros), and it’s child’s play to demonstrate many ways in which this claim is true—growing police brutality, burgeoning government debt, ever more numerous and onerous regulations, destructive monetary and credit-allocation policies, boiling ethnic and religious animosity, endless foreign wars, to mention but a few issues among many. But there’s a problem: the country has always been going to the dogs. Yes, in certain regards life in the USA used to be freer; but in other regards it used to be less free. Yes, the government’s policies are horrendous and destructive; but in many ways the government’s policies were always horrendous and destructive.

Yet it was always rescued, redeemed, and pulled back from the abyss by the legions of basically decent people who left their neighbors alone, who worked hard and well to supply consumers with valued goods, who discovered better, more productive ways of producing and altogether new goods and means of production to delight people and make their lives better. Beyond the doors of the busybodies and the vicious racists lived the people who designed and built the sanitation systems that allowed great cities to escape the periodic epidemics that had always swept away large segments of their populations from time to time and to suppress the acute infectious diseases that plagued many people chronically and killed many infants and children. Beyond the precincts of racists and crony-capitalist swindlers lived the humane writers such as Melville, Twain, Bierce, Jeffers, Heller, and others who had not been taken in by the popular madness. Most of all, the many, many ordinary people who simply worked, worshiped, innovated, built, and kept out of other people’s business allowed the country to prosper and progress. There’s a lot of ruin in a nation, Adam Smith observed, and the history of the USA has been living proof of this observation.

So, yes, the country is going to the dogs. But it has always been going to the dogs. Yet it has survived and, in many ways, prospered and overcome some of its worst inclinations. Let us pray that the people at large will once again find the sense and the fortitude to do what must be done to drag the country back from the self-destruction to which large segments of the population and their favored political leaders are always pushing it.