Evo Morales and the Populist Domino 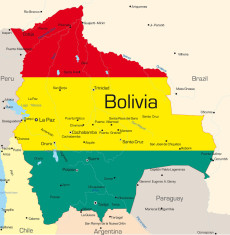 These are not happy days for Latin America’s authoritarian populists. The defeat of Evo Morales, the President of Bolivia, in a recent referendum designed to allow him to seek a fourth consecutive term comes only weeks after Venezuela’s opposition wrested control of the National Assembly following a massive election victory and a few months after the Peronistas were kicked out of office in Argentina.

Morales, who became an international poster child of the indigenous revolt against the white elites, is a perfect example of the new, more subtle type of authoritarian ruler that has plagued Latin America in the last decade or so. After toppling several governments by means of violent street action, he won a solid mandate and quickly used it to dismantle the republican institutions that had been so useful to him in his ascent to power. He changed the name of the country and replaced the old institutions with a new constitution whose real purpose was to make it possible for him to run for a second term. He did and won.

Then he ran for a third term, thanks to a docile judiciary that decided his second term had really been his first term because the previous one had taken place under a different republic. Since the new constitutions authorized two consecutive terms, he got a green light and won again. Then he decided he wanted a fourth term. This time the legislature passed a law that needed to be ratified in a national referendum that was supposed to make it possible for him to run again in 2019—and govern until 2025.

But something funny happened: Bolivians got fed up. Several corruption scandals that involved him and close associates, as well as a general sense of disgust at the permanent abuse of power, coincided with the beginning of the end of the bonanza that Bolivia has enjoyed thanks to external factors. The commodities-related boom lasted longer in Bolivia than in other countries because the low cost of producing hydrocarbons, and the high prices paid by Brazil and Argentina for Bolivia’s natural gas under old contracts that are still valid, placed a lot of money in the hands of the government. The authorities in turn boosted spending to galvanize domestic consumption. Between 2006 and 2014, Bolivia’s oil rent amounted to US$28 billion, four times the size of the economy before Morales assumed power. The emerging middle class, which benefited from the boom, helped sustain Morales all these years.

But this could not last indefinitely. The commodities bear market, the unhinging of the fiscal accounts, and the drying up of the resources that had sustained unrealistic levels of consumption for an economy as unproductive as Bolivia’s—these developments raised fears among those whom the go-go years of the boom had, at least temporarily, made highly tolerant of abusive political practices. Hence the victory of the “No” vote in the referendum that now means Morales will be gone by 2020.

Latin America’s history should give pause to anyone tempted to pronounce authoritarian populism in the region dead. But the populist pieces are falling like a domino, and soon millions of people who were once bamboozled into thinking that these leaders would take them to the promised land will give an opportunity to alternative ideas and political actors.

Let’s hope they are the right ones.