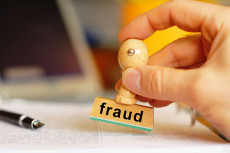 The Government Accountability Office has just released a report detailing the massive opportunities for fraudulently getting tax credits in Obamacare’s health insurance exchanges. Obamacare sends billions of taxpayers’ dollars to health insurers that operate in these exchanges—$37 billion last year alone. These tax credits are used to discount premiums for plans offered in the exchanges. Here is an excerpt from the report highlights:

During undercover testing, the federal Marketplace approved subsidized coverage under the act for 11 of 12 fictitious GAO phone or online applicants for 2014. The GAO applicants obtained a total of about $30,000 in annual advance premium tax credits, plus eligibility for lower costs at time of service. The fictitious enrollees maintained subsidized coverage throughout 2014, even though GAO sent fictitious documents, or no documents, to resolve application inconsistencies.

Eleven out of 12: a failure rate of 92 percent. And these were government employees acting as stooges, not hardened fraudsters. I am sure GAO was shocked that so many not only got approved, but continued to receive subsidies through the year.

The report also notes that in almost half a million actual cases the details that should have disqualified an applicant for tax credits—ranging from mismatched Social Security numbers to incarceration—remained unresolved through the enrollment year.

What is remarkable is that the federal and state government established brand new bureaucracies—so-called exchanges—to manage the applications, not trusting online or in-person insurance agents and brokers to do the job.