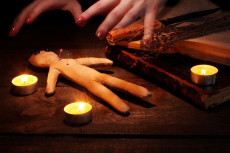 Conflict has erupted among left-progressive economists over a study touting the alleged benefits of Bernie Sanders’s proposals. Specifically, the Sanders campaign was happily citing UMass at Amherst economist Gerald Friedman’s 53-page analysis (released on January 28) that projected the eccentric candidate would deliver amazing economic performance–especially for the middle class and poor–over the first ten years.

On February 17, former Council of Economic Advisor chairs for Democratic presidents (Laura D’Andrea Tyson, Christina Romer, Austan Goolsbee, and Alan Krueger) published an open letter to Prof. Friedman and the Sanders campaign, scolding them for their unsupportable promises. Here is a flavor of their upbraiding:

We are concerned to see the Sanders campaign citing extreme claims by Gerald Friedman about the effect of Senator Sanders’s economic plan—claims that cannot be supported by the economic evidence. Friedman asserts that your plan will have huge beneficial impacts on growth rates, income and employment that exceed even the most grandiose predictions by Republicans about the impact of their tax cut proposals.

As much as we wish it were so, no credible economic research supports economic impacts of these magnitudes. Making such promises runs against our party’s best traditions of evidence-based policy making and undermines our reputation as the party of responsible arithmetic. These claims undermine the credibility of the progressive economic agenda and make it that much more difficult to challenge the unrealistic claims made by Republican candidates.

In a series of blog posts (here’s one example) and a New York Times op-ed, Paul Krugman jumped into the fray, at one point offering what appeared to be a thinly veiled psychoanalysis of the motives of an unnamed obscure professor who wants to curry favor with a long-shot presidential candidate, since it was his only chance at achieving success and fame. To supporters of Sanders, it seemed as if Krugman was clearly talking (not by name) about Gerald Friedman and dismissing his analysis as pure self-seeking.

You write that “no credible economic research supports economic impacts of these magnitudes.” But how did Professor Friedman make his estimates? The answer is in his paper. What Professor Friedman did, was to use the standard impact assumptions and forecasting methods of the mainstream economists and institutions. For example, Professor Friedman starts with a fiscal multiplier of 1.25, and shades it down to the range of 0.8 by the mid 2020s. Is this “not credible”? If that’s your claim, it’s an indictment of the methods of (for instance) the CBO, the OMB, and the CEA.

What you have done, is to light a fire under Paul Krugman, who is now using his high perch to airily dismiss the Friedman paper as “nonsense.” Paul is an immensely powerful figure, and many people rely on him for careful assessments. It seems clear that he has made no such assessment in this case.

Instead, Paul relies on you to impugn an economist with far less reach, whose work is far more careful, in point of fact, than your casual dismissal of it. [Bold added.]

For more on the controversy, here is Salim Furth in the Wall Street Journal, and here is economics blogger Bill Black at naked capitalism. But what I’d like to do in the rest of this post is point out that if we’re talking about “voodoo economics”–the term Krugman uses to describe Gerald Friedman’s analysis–then Krugman is hardly one to speak. It’s an example of the pot calling the kettle a pot.

First of all, what was Friedman’s horrible sin? We’ll let Krugman explain: “OK, progressives have, rightly, mocked Jeb Bush for claiming that he could double growth to 4 percent. Now people close to Sanders say 5.3???” Krugman further questions the Friedman projections that unemployment would fall to 3.8 percent, and that labor force participation rates could go back to 1999 levels (because demography has changed so much since then).

Are these really the most outrageous examples of “voodoo economics” to come out of a keyboard in the last few years? Does a projection of 5.3 percent average real GDP growth really deserve three question marks? After all, Krugman is the one who has argued the following:

Looking over the above positions that Krugman has taken just in the past five years, are we really going to take Gerald Friedman out to the woodshed for saying Big Government spending can achieve 5.3 percent real GDP growth? Who’s the real voodoo witch doctor here?