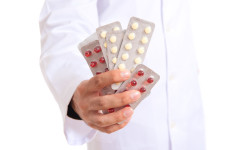 There is no point discussing the rationality of this proposal. If we were to debate the consequences of government-dictated prices on drugs, and I made the case that artificially low prices would dry up capital investment, innovation, and the development of better drugs with fewer side effects, I would have—at best—a 50/50 chance of winning the debate.

If, on the other hand, someone (e.g., Bernie Sanders) proposed the U.S. Department of Transportation should “negotiate” prices of automobiles for every senior, and I made the case that this policy would result in seniors having a very limited choice of sub-standard cars, and would dramatically slow the rate of innovation in new automotive technology, I would surely win the debate immediately.

Despite dramatic headlines about pharmaceutical price increases, they have been in line with price increases for other health goods and services. Medicare payments to doctors and hospitals have been negotiated by government for over half a century, without containing costs.

We are at a point in the polls where any careerist politician, Democrat or Republican, will have to follow Hillary Clinton’s lead in demanding politically fixed drug prices. This situation teaches a lesson about inviting the government into your business.

The Medicare Modernization Act of 2003 was the result of an “all hands on deck” lobbying effort by drug companies to get prescriptions added to Medicare, but without government price controls. The result was Medicare Part D, which is offered only through private insurers. Medicare Part D’s so-called “non-interference clause” prevents the federal government from fixing prices. Instead, prices are negotiated between drug makers and insurers. That firewall is melting.

The fact is, you cannot invite government dependency without getting political interference. And you cannot just pay the politicians off. Here is a list of the U.S.-based pharmaceutical enterprises which have given at least $100,001 to the Clinton Foundation, either as donations or as speaking fees, compiled from the foundation’s website: Pfizer, Merck & Co.., AstraZeneca, Drug Chemical and Allied Trades Association, Inc., Gilead Sciences, Johnson & Johnson, Sanofi-Aventis, and the United States Pharmacopeial Convention (USP).

All this money has done is encourage Clinton’s attacks on their businesses.