An Interstate Compact for Health Insurance 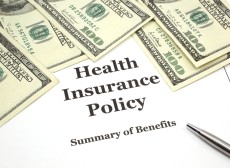 In a recent Forbes column, I noted the very positive news that House Speaker Paul Ryan has appointed six task forces, comprised of congressional committee chairmen, to develop a governing agenda. One of those tax forces has a mandate to develop (finally) the Republican alternative to Obamacare.

Two of the members, Dr. Tom Price (Chairman of the Budget Committee) and Mr. Fred Upton (Chairman of the Energy & Commerce Committee), have already sponsored health reform bills that would replace Obamacare, and contain tax credits for individual health insurance. My column concludes that Dr. Price’s version is superior, both in administrative simplicity and economic effect.

However, Mr. Upton’s bill (which is sponsored in the Senate by Sen. Orrin Hatch and Sen. Richard Burr) includes a good idea that is absent from Dr. Price’s bill: an interstate compact for health insurance.

Whatever the merits of that proposal, it poses a dilemma: If Congress mandates it, is that not federal regulation? An interstate compact avoids this problem. Further, this approach is the way we have solved other issues in both regulation of the health professions and other lines of insurance.

With respect to insurance, the Interstate Insurance Product Regulatory Commission was established in 2006, and it covers life insurance, annuities, disability income, and long-term care insurance. According to the commission: “In an increasingly mobile society, these are products that have a long life and will travel with people as they move across state lines.” That is what we want for health insurance, too.