The Truth about Tesla Motors 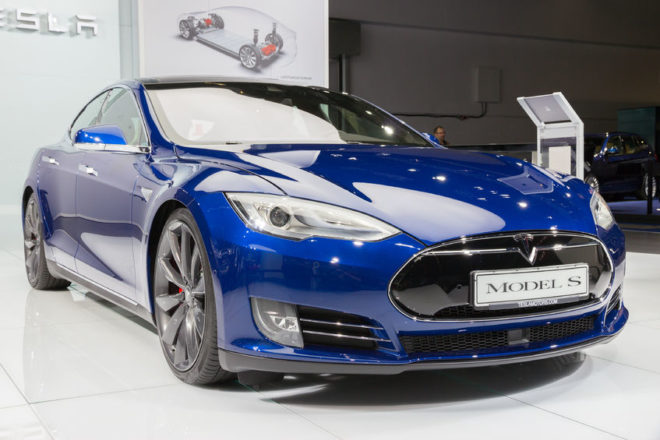 During a January 19th panel discussion at the Federal Trade Commission (FTC), Tesla Motors general counsel Todd Maron said: “We make money from one thing: car sales and car sales alone.” In reality, electric vehicle (EV) manufacturer Tesla Motors loses more than $4,000 on every car it sells on a “full-cost” basis (keep in mind that some of Tesla’s costs are heavily subsidized). Tesla’s losses per vehicle are even greater using generally accepted accounting principles. CNBC and Reuters explained:

Tesla reports its finances in a different way from the Detroit automakers. Using the generally accepted accounting principles, or GAAP, used by GM or Ford, Tesla’s operating losses per vehicle have steadily widened to $14,758 from $3,794 in the second quarter of 2014.

In 2015, Tesla delivered 50,580 cars worldwide, with 25,700 going to U.S. customers. This is a trivial percentage of both the worldwide and U.S. auto markets. A record 17.5 million passenger vehicles were bought in the United States in 2015. Yet only 0.67 percent—or 116,548 vehicles—were all-electrics or plug-in hybrids, 6,500 fewer than in 2014. EVs account for 0.16 percent of the 250 million U.S. passenger vehicles on the road. The market for electric cars is trivial, despite massive government support.

Instead of making money from car sales, Tesla survives by participating in many government subsidy programs. One lucrative program is California’s zero-emission vehicle (ZEV) credit program. Phil Kerpen explained how the program works:

ZEV credits are a mandate dreamed up by the bureaucrats at the California Air Resources Board (CARB), which requires [auto] manufacturers to build and dealers to sell an arbitrary number of “zero-emission” vehicles each year. . . . Tesla’s Model S generates four credits per unit sold. This means the company can sell $20,000 in ZEV credits to other [auto] manufacturers for each Model S sold—a cost borne by purchasers of other cars.

ZEV credits, pioneered in California, have spread to nine other states. Tesla has collected more than $517 million from competing automakers by selling ZEV credits to those who fail to sell enough zero-emissions cars to meet arbitrary mandates.

Charles Lane of the Washington Post said: “Tesla owes its survival to subsidies from taxpayers, who are usually less well-heeled than its plutocratic customers.” The average household income of Tesla owners is $320,000, according to Strategic Visions, a consumer research company.

The Los Angeles Times calculated that Elon Musk’s three companies, Tesla Motors, SolarCity, and SpaceX, combined have received a staggering $4.9 billion in government support over the past decade. As Kerpen noted: “Every time a Tesla is sold . . . average Americans are on the hook for at least $30,000 in federal and state subsidies” that go to wealthy Tesla owners. This is crony capitalism at its worst.

Tesla is in the business of capturing government subsidies, not making cars that people actually buy. At the same FTC panel, Tesla’s Maron said: “It’s imperative [that gas powered cars] are replaced entirely by electric vehicles.” What’s the plan for achieving this? Buried in its 2013 annual report Tesla admitted: “Our growth depends in part on the availability and amounts of government subsidies and economic incentives.”

Hold onto your wallets everyone, Tesla wants to grow.

P.S. Looks like my blog will prevent me from ever owning a Tesla. See this from SFGate: “Elon Musk Personally Cancels ‘Super Rude’ Customer’s Tesla Model X Order—Don’t Cross the Bel Air Billionaire. He Has the Power to Ban You.” So petty. Hopefully Musk will never own a life-saving drug company.