Alcohol Prohibition and the Rise of KY Meth Labs 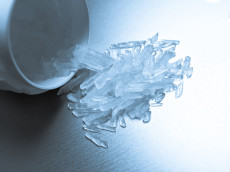 Several months ago, I wrote on the decline in the number of meth labs in the United States. While many cheered at the news, I argued that economics, as it so often does, should lead us to be skeptical of the story. A decrease in the number of meth labs in the U.S. does not at all imply a decrease in meth use. As I discussed, many users have simply turned to substitutes. As opposed to buying more expensive domestic drugs, many users now obtain their methamphetamine from cheaper Mexican suppliers.

Although the number of meth labs may be on the decline, they certainly have not disappeared. In some areas, meth continues to be manufactured at astonishing rates. My home state of Kentucky is a prime example. Between 2008 and 2009 the state saw a 73 percent increase in the number of labs.

The manufacture and use of meth has disastrous consequences for individuals, families, and whole communities. In 2009, meth labs cost the state of Kentucky some $30 million. More than 34,000 hours were spent cleaning up labs. A full quarter of all burn patients that year received their injuries as a result of meth production at an average cost of $229,000 per patient.

While many are quick to blame the rise of meth of big pharma, poverty, and other factors, the culprit may be none other than good ‘ole fashioned prohibition.

A recent paper by researchers at the University of Louisville investigated the effects of alcohol prohibition in Kentucky on the number of meth labs. (The paper can be accessed here. Bonus points to the authors for a clever title.) Of the 120 counties in the state, more than a fourth are “dry,” meaning they ban the sale of alcohol. The penalties for buying, selling, or consuming alcohol in these jurisdictions are potentially severe. While a first time violation of the law is a class B misdemeanor, a third offense is a felony. One of these felony charges carries a fine of $10,000 and up to 10 years in jail. Cars, homes, or other assets used to sell or transport illegal alcohol can be seized by the state and sold, regardless of whether or not anyone is convicted of a crime.

The authors (p. 2) argue that bans on alcohol “flatten the punishment gradient for alcohol drinkers to engage in other illicit activities, encouraging illicit drug use by raising the relative price of a substitute.” Stated more simplistically, they suggest that individuals who buy alcohol in dry counties become accustomed to engaging with illegal networks. These connections make it easier to buy other drugs, like meth. As opposed to preventing drug use, they argue alcohol prohibition actually paves the road to other illegal drugs and activities.

Alex Tabbarok, an economist at George Mason, responded to the paper with an alternative explanation for their results. He suggests that the relationship between alcohol prohibition and meth labs may be more closely related to supply side factors. Kentucky is also well known for the production of “moonshine”—illegal alcohol. He argues that a long history of moonshine production means that would-be meth producers would have existing networks and knowledge regarding where to hide labs, how to evade capture, and who to bribe. (I’d also argue that this same logic holds true for the marijuana trade. After all, it is the number one cash crop in the state, even above tobacco. We could envision similar types of networks developing.)

I find both theories to be plausible. Perhaps the best explanation is a combination of both. Regardless of whether the impact is mostly demand or supply driven, the takeaway remains the same. Meth production in Kentucky is directly linked to the prohibition of other substances.

As states begin to legalize marijuana, and some jurisdictions consider allowing for alcohol sales, it would be interesting to see how this impacts the number of meth labs and other drug operations. I have a sneaking suspicion it would be another nail in the coffin of the ill-fated War on Drugs.