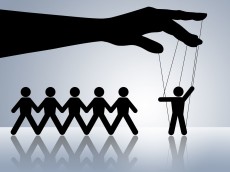 In college, I read a short story titled “Harrison Bergeron.” The piece was written by Kurt Vonnegut, Jr., in 1961, and published in The Magazine of Fantasy and Science Fiction. That piece was eye-opening for me, and pushed me to think about the world, particularly government policies, in a different way.

In the piece, Vonnegut takes readers to the year 2081. In the story, the U.S. Constitution has been amended so that citizens are “fully equal.” That is, no one is allowed to be more attractive, smarter, or able-bodied than anyone else. These laws, enforced by the “Handicapper General,” require citizens to endure a variety of impediments so as to level the playing field. Those who are above average intelligence have radios in their heads to distract them with loud noise. Heavy weights adorn those with strength. Those who are aesthetically pleasing wear bags over their heads.

Harrison Bergeron, the title character, was taken away from his parents by the government. Some time later, as his parents watch a ballet on tv (the dancers all weighed down, of course), a news report states their son has escaped from prison. Harrison enters the nationally televised ballet in an attempt to overthrow the government. He removes his impediments as well as those of the lead female dancer. (I won’t spoil the ending.)

Vonnegut’s work was one of obvious satire regarding authoritarianism and the dangers of egalitarianism. Vonnegut died in 2007, but it’s safe to say that his nearly 55-year-old satire is still painfully valid nearly a decade after his death.

Everywhere you turn, people speak of “unfair advantage.” Children born to wealthy parents have an “unfair advantage” in that they may have access to certain schools, activities, and materials that other children may not. According to several studies, more attractive people are likely to get hired and rise to higher levels of management. People who are naturally bright may have the chance for better grades in school and better jobs, not because they have strong work ethic, but because they are intellectually gifted. In my own profession, these discussions abound. One recent study suggests that, as a female economist, my research is likely to be counted less toward tenure. Why? Because the person I coauthor with most regularly happens to be male. This is taken to be evidence of unfair advantages toward men.

This mentality came into the spotlight last year when Adam Swift, a professor at the University of Warwick in England stated that parents who read bedtime stories to their children though think of how they are, “unfairly disadvantaging other people’s children.” Though he stated one could make the case for reading to one’s child on the basis of forming “familial relationships,” he stated the same could not be said for things like private education and suggested such institutions could be abolished. Likening back to philosophers like Plato, Swift goes so far as to suggest “simply abolishing the family...[because] there would be a more level playing field.”

Other examples of such thinking, though perhaps not as explicit, are easy to find. Claims that race, gender, sexual preference, income, etc. offer some groups unfair advantages are frequently used to justify policies that give one group an advantage at the expense of others. I have written how such attempts to “level the playing field” with regard to women, not only send the incorrect signal to women that we need government to help us achieve our life and work goals, but have had some quite perverse consequences.

Without a doubt, some people are dealt a better hand in life than others. While efforts to lift people out of less than desirable conditions are admirable in principle, the fact that people aren’t all born with the same backgrounds and abilities does not justify harming others. As Vonnegut’s piece illustrated decades ago, efforts at equality that work by bringing those of “elevated status” down to the level of everyone else, results in nothing positive.