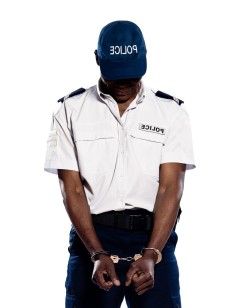 Alabama Justice Project recently accused a state police department of systematic corruption. They claim around a dozen members of a police narcotics team planted drugs, weapons, and other evidence against black suspects. Moreover, it’s been alleged that the district attorney covered up these crimes.

The documents they published show that, beginning in 1996, the Dothan Police Department received its first complaints regarding false evidence. Complaints were filed by a group of officers in 1998. By late 1999, more than 12 officers had complaints lodged again them for planting evidence.

The case in Alabama is still unfolding. It’s been suggested that the motivation behind the alleged criminal activity of law enforcement officials was racially motivated.

But the issue of planting evidence, and corruption more generally, is likely much more pervasive. The relevant question is why this is the case. Why is it that individuals tasked to “protect and serve” the public would look to falsely arrest innocent suspects?

A big problem is a topic I’ve discussed before—current asset forfeiture laws. These laws allow many law enforcement agencies to seize assets if they can link them in some way to the commission of a crime. This includes not only cash, but cars, homes, and other property.

Economics teaches us that individuals respond to incentives. They weigh the costs and benefits of engaging in a particular activity and make a choice about whether or not to move forward. Generally speaking, if the benefit of the activity is greater than the perceived cost, a person will engage in that activity. If the cost is greater than the benefit, they won’t. When it comes to asset forfeiture, the incentives facing law enforcement are often perverse, meaning we’re more likely to see cases like the ones recently uncovered in Alabama.

In many cases, forfeited assets are tied directly to department funding, or even individual salaries. It doesn’t take much to see how that sets the stage for corruption. If a police officer knows she will get a bonus for catching a drug dealer with $1,000 in his pocket, she has an incentive to seek him out. If it turns out he doesn’t have any drugs? Depending on the size of the bonus and the financial situation of the officer, planting evidence may not be out of the question.

The same logic can be applied at an administrative level. If those in positions of authority know their budgets are tied to seized assets, they are more likely to let unethical, perhaps criminal behavior go on without reprimand.

The amount of money from seized assets is far from trivial. According to the GAO, annual revenues from the Asset Forfeiture Fund (AFF) increased from $500 million in 2003 to $1.8 billion in 2011. The “equitable sharing” program implemented by the Department of Justice, which allows state and local law enforcement to profit from seized assets, paid out $4.7 billion between 2000 and 2013.

It’s time to seriously reform these laws. As I’ve discussed elsewhere, these laws ultimately harm many innocent people, and incentivize widespread corruption. They place the pursuit of cash over the pursuit of justice.