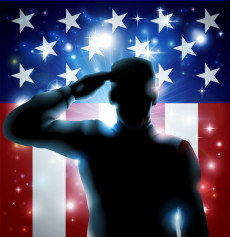 Anyone who has ever attended a sporting event knows these well. Military personnel are featured on the jumbotron, huge flags are spread across the field, returning veterans are named “hometown heroes,” or asked to participate in half-time contests, ceremonial first pitches, and other activities intended to honor the U.S. military.

Though seemingly a spontaneous illustration of national pride, the report revealed such actions to be anything but genuine. In fact, the report found that the Department of Defense had contracted with the NFL, NHL, MLB, and Major League Soccer to host such events, to the tune of $10.5 million taxpayer dollars.

In releasing the report, Senator McCain expressed his disappointment that sports franchises took federal funds for such purposes saying,

Americans across the country should be deeply disappointed that many of the ceremonies honoring troops at professional sporting events are not actually being conducted out of a sense of patriotism, but for profit in the form of millions in taxpayer dollars going from the Department of Defense to wealthy pro sports franchises. Fans should have confidence that their hometown heroes are being honored because of their honorable military service, not as a marketing ploy.

Criticizing these franchises is easy. Major league sports leagues certainly aren’t known as bastions of morality. People have taken the report as a chance to discuss how “capitalism” has cheapened even our armed forces. But the real villain here isn’t capitalism. It’s the government. While the DOD maintains that such payments were to enhance recruiting, it’s time we call these activities by their appropriate name.

This is nothing more than good ole’ fashioned propaganda.

Propaganda has been a tool of governments for year. By definition, propaganda is misleading or biased information intended to promote, publicize, or disparage a particular cause or political point of view. A simple Google search will yield countless examples of American propaganda. The most well known is that from WWI and WWII. Posters, radio ads, and other media encouraged people to buy war bonds, grow victory gardens, and offer up pieces of metal for the war effort. Others encouraged self-censorship with phrases like, “open your yap, and you’ll help the Jap.” Still others pushed certain moral ideals. In one poster, for example, women are pushed away from premarital sex with the implication that fornication was equivalent to dating Adolf Hitler. 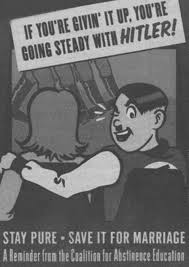 The propaganda from WWI and WWII was effective. Speaking out against the wars was, without a doubt, a social taboo. So too has modern propaganda regarding the U.S. armed forces been amazingly successful.

The point of public relations slogans like “Support Our Troops” is that they don’t mean anything [...] that’s the whole point of good propaganda. You want to create a slogan that nobody is going to be against and I suppose everybody will be for, because nobody knows what it means, because it doesn’t mean anything. But its crucial value is that it diverts your attention from a question that does mean something, do you support our policy? And that’s the one you’re not allowed to talk about.

Throughout the Global War on Terror, phrases like “support the troops” have been used ad nauseam. Opposition to troop activities is viewed as being “antimilitary,” “unpatriotic,” and “un-American.”

The fact is, not supporting military personnel is a totally reasonable position. If you are truly concerned about the effects of U.S. foreign policy, than those who are the harbingers of that policy—military personnel—are completely fair game for criticism. The fact of the matter is, if you agree to participate in a branch of the armed forces, by contractual obligation you have agreed that you are willing to be sent out into the world to carry out U.S. foreign policy. You’re willing and able to snap your heels together and commit murder if your commanding officer requires it.

As I’ve discussed elsewhere, the vast majority of military members don’t see anything close to combat. As a result of the U.S. propaganda machine, however, any and all military members continue to be held up as “heroes.” They are to be lauded without question, their choices and activities assumed honorable and good no matter what.

The fact that criticizing troops has become such a social taboo is positively wonderful from the perspective of the DOD, federal government, and a cadre of special interest groups who perpetually benefit from U.S. conflict via the ever-expanding Military-Industrial Complex. By hiding behind those in uniform, the government effectively shields its larger policies from criticism and reproach.