“But They’re Illegal!” The Worst Argument Against Immigration 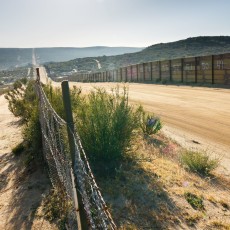 A few weeks ago I wrote a piece titled, “An Apology to an Immigrant.” In the piece, I discussed my experience with thinking through the immigration debate, and offered sources that not only debunk many commonly-held myths regarding immigration, but also offer information on the benefits immigrants bring to the United States.

The response was about what I expected—people told me I was wrong, accused me of being a flaming lefty, etc. Many others agreed with me outright.

Some of the comments I read, however, gave me pause. It wasn’t because I agreed with them, or their sentiment made me question my position, but I was frankly shocked by their argument (or complete lack thereof). Many of the comments didn’t address my argument at all. In fact, many dissenters actually agreed with me that even illegal immigrants generate more benefits than costs!

Then came the line, “if someone is here illegally there has to be a punishment.”

My question to those who hold this line of thinking is, “why?” Why does the mere fact that something is illegal require a punishment, especially if the actions in question generate outcomes that are positive on net?

The fact that something is legal doesn’t make it moral. Nor does something being illegal make it immoral. Legal does not necessarily mean ethical. Illegal doesn’t necessarily imply unethical. For example, most would probably agree that adultery is immoral, but it’s not illegal. We might also agree that smashing out a car window on a hot day to rescue a dog inside is moral, but in many places such an act would be illegal (you’d be destroying private property).

Some argue that the fact illegal immigrants enter the country illegally is indicative of some larger criminal tendency. This is complete nonsense. Not only have countless studies debunked this myth, but this logic is positively farcical.

How many times have you j-walked across the street? What about drinking or smoking underage? Have you ever gone over the speed limit? Made an illegal turn? How about playing poker with your friends for money? Bet on a football game or joined a fantasy league with your friends? Did you fail to update your license after you moved? Remember to keep your dog or cat up to date on their license or vaccinations? Are you one of the nearly 50 percent of Americans who has illegally smoked marijuana? How about cohabitate with a member of the opposite sex? Had sex outside of marriage? Depending on the state, you could be jailed for such uncouth, illegal behavior! In fact, in the course of a given day, you probably commit three felonies.

The answer is, yes. You have done at least one, if not many of the things above. All are illegal, but you’d argue that all of these actions generated no negative consequences. In fact, you and others benefitted from many of them. They allowed you to get where you were going, enjoy time with friends, made paying bills easier by living with your significant other, and allowed you to spend time with the one you love. None of these activities are indicative of some larger criminal nature. You bet on a football game? You’re obviously going to turn in to a loan shark. Smoked pot? Call the DEA, because you’re clearly the next Pablo Escobar.

You’d say that such a logic jump is silly–and you’d be right. But this is exactly what people say about illegal immigrants. Illegal immigrants break the law by crossing some imaginary line in the dirt. This doesn’t imply criminality any more than the time you rolled through a stop sign, probably while talking on your cell phone (which is also illegal in many states). The vast majority of immigrants, illegals included, come here to make their lives better and in the process lift themselves and countless others out of poverty and, oh yeah, generate benefits that we all enjoy.

The idea that, “if someone breaks the law they should be punished” has additional problems. In fact, there are provisions built into our legal system to specifically avoid punishing someone who people can look at and say, “but he broke the law!” It’s called jury nullification. In such cases, a jury can acquit a person based on the fact that they believe the law is unfair, silly, or just that the person shouldn’t be punished. They acknowledge that the person “broke the law,” but recognize that such a fact alone does not necessarily justify criminal penalties.

In debating issues of immigration, it’s important we get our facts right. When it comes to issues of criminality, “draining the system,” taking jobs, etc., countless studies have found time and again that such arguments are not only incorrect, but that the opposite is true. Immigrants, illegal and legal alike, create jobs, contribute greatly to the country to which they immigrate, and are less likely to be in jail or use public assistance than their native counterparts. Claiming that “they broke the law” as the basis for punishment should be a swan song for any immigration argument. If not, you should turn yourself in the next time you are going 40mph in a 25mph speed zone.