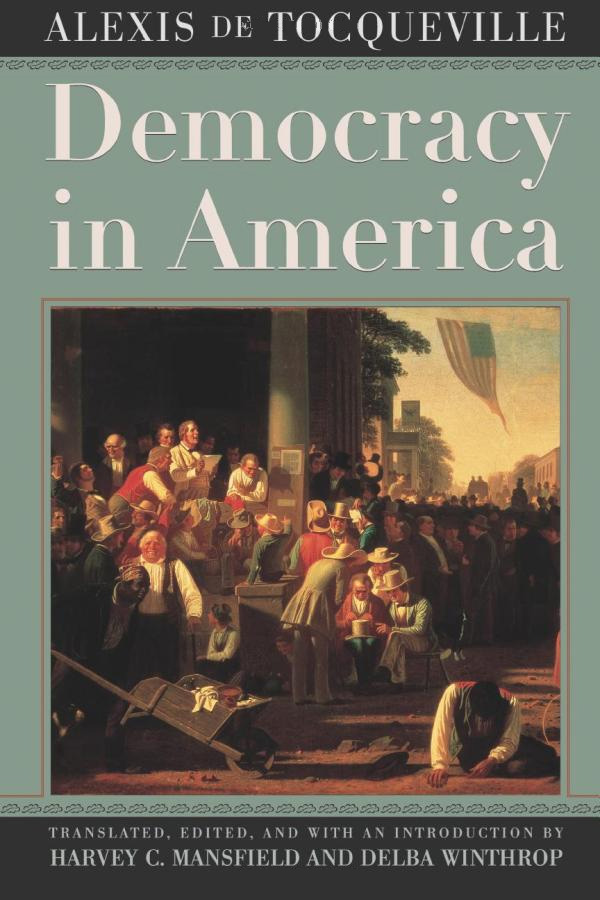 Today marks the 210th birthday of Alexis de Tocqueville, and so it’s appropriate that we reflect on his experiences and observations through the lens of modern American society.

Alexis de Tocqueville brought a unique perspective to his observations of nineteenth-century America. The French aristocrat and historian staunchly opposed the authoritarian French government and advocated for voluntary associations and local institutions as a way to solve problems and provide services. In America he saw how these ideals operated in practice.

In Democracy in America, Tocqueville wrote extensively about New England’s distinctive system of townships. He believed that smaller villages and towns were the most natural and organic form of civil governance, and that federal and state governments should be strictly limited in their size and scope so that they would not interfere in local affairs. He criticized centralized government, writing, “even the State is only a second-rate community, whose tranquil and obscure administration offers no inducement sufficient to draw men away from the circle of their interests into the turmoil of public affairs.” Tocqueville recognized that strong local institutions were necessary to promote a functioning society with active involvement from the citizens.

Recognizing the importance of public cooperation, Tocqueville advocated for the New England system because it fostered greater local freedom. Its civil society differed greatly from that of Europe. “The New Englander is attached to his township,” Tocqueville wrote, “because it constitutes a social body of which he is a member. . . . In Europe the absence of local public spirit is a frequent subject of regret to those who are in power.” He recognized that government interference into everyday life often crowds out voluntary cooperation and makes citizens dependent on larger government.

The “public spirit” of cooperation that Tocqueville witnessed profoundly impressed him. He observed how it translated in to practical problem solving, commenting that Americans “constantly form associations.” He contrasted this with European institutions: “Wherever, at the head of some new undertaking, you see the government in France, or a man of rank in England, in the United States you will be sure to find an association.” The formation of private associations allowed local residents to solve their own problems, rather than turn to the state and federal governments. The prevalence of voluntary associations allowed early Americans to retain liberties while effectively solving local problems.

Alexis de Tocqueville’s insights into early American institutions are extremely relevant today. As the government has grown, political entrepreneurship and rent seeking have run rampant over our political system. Citizens attempt to use government force to solve their problems, on issues ranging from poverty to infrastructure, rather than looking to voluntary and community-based solutions. By making government the solution to our problems, the public spirit of cooperation that once characterized the United States is now gone. In order to move forward, we should learn a lesson from the past. The best way to make America, and ultimately the world, a freer and more prosperous place is to replace government intervention with community-based, voluntary solutions.