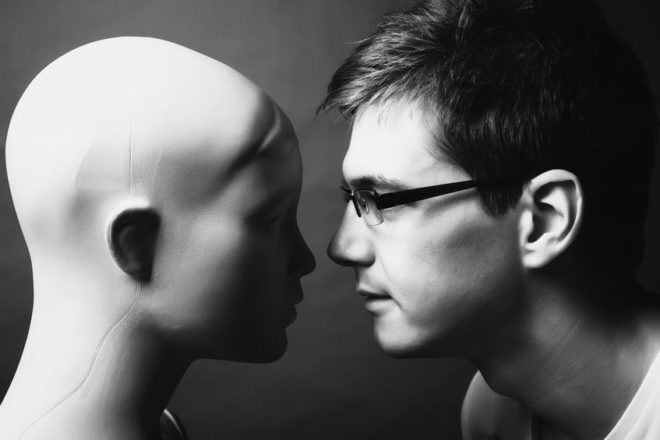 Steve Wozniak, co-founder of Apple, Inc., spoke recently with the Australian Financial Review. In a wide-ranging interview, Wozniak offered his thoughts on the future relationship between man and computer.

“Computers are going to take over from humans, no question,” Wozniak said. He now foresees a time when computers will mimic human consciousness, a potentially dangerous development according to Wozniak.

He admitted to not knowing exactly what the future holds for humans, but his comments suggest a pessimistic view:

Like people including Stephen Hawking and Elon Musk have predicted, I agree that the future is scary and very bad for people. If we build these devices to take care of everything for us, eventually they’ll think faster than us and they’ll get rid of the slow humans to run companies more efficiently. Will we be the gods? Will we be the family pets? Or will we be ants that get stepped on?

Wozniak speculated that the undoing of humans might be quantum computers. Today’s computers process data using binary ones and zeros. A quantum computer would operate on qubits, which can be a one and a zero at the same time; and thus, it can execute extremely complicated calculations in vastly less time compared with current computers.

Quantum computers would allow Moore’s Law to continue beyond 2020, when some scientists predict the law will reach its limit as transistors become as small as a single atom.

“I hope it [a quantum computer] does come, and we should pursue it because it is about scientific exploring,” Wozniak said. “But in the end, we just may have created the species that is above us.”

So what do you think? Will the increasing sophistication of artificial intelligence turn humans into gods, pets, ants, or something else? Share your comments below and let’s start a (polite) conversation.