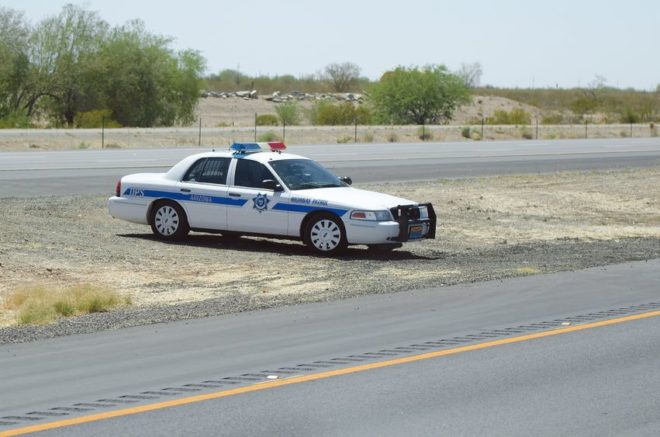 As tech CEOs gather with President Obama and other government officials at today’s White House Cyber Summit at Stanford University, it is important for entrepreneurs to keep in mind who they are breaking bread with.

A case in point: Charlie Beck, chief of the Los Angeles Police Department (LAPD), wrote a letter recently to Larry Page, CEO of Google, to complain about the Waze app’s ability to track the location of police officers.

Waze is a wildly popular mobile app, owned by Google, that lets users type in their destination address, and, while driving with the app open on their phone, passively contribute real-time traffic data. Users can also actively report accidents, traffic jams, police locations, or any road hazard by tapping buttons, giving other users in the area a heads-up.

In his letter to Larry Page, Charlie Beck said: “I am writing to alert you that your company’s ‘Waze’ app as currently configured poses a danger to the lives of police officers in the United States. That danger was just demonstrated by its use in the recent assassination of New York Police Department [NYPD] officers Rafael Ramos and Wenjian Liu.”

For the record, NYPD police reports say the shooter, Ismaaiyl Brinsley, randomly came across the two officers and did not have his cell phone with him at the time of the shooting. Brinsley, however, had used Waze previously.

“It is not always in the public’s best interest to know where police are operating,” Beck said, explaining the letter. “There is a criminal element that are able to ply their trade and ply their craft more effectively by knowing where police are.”

Beck concluded his letter by asking for a “dialogue” with Page on how “Google can prevent the future misuse of the Waze app to track law enforcement officers . . .” It is not a stretch to surmise that Beck wants the police button removed from the app.

Let’s be clear about what Beck is asking: He wants this app, and presumably any similar traffic app in the future, to not allow private citizens to communicate with each other about the public whereabouts of police.

If mandated by governments in the future, such a ban would be a clear infringement of citizens’ free speech rights, and a dark and dangerous road to go down.

Law enforcement agencies have a long history of opposing innovations that give the public information on police locations. Agencies worried about the public’s access to police scanners. Today every newsroom in America has one. And when citizens band (CB) radios became a craze in the 1970s, police aggressively pushed back.

Fortunately, many police officers in California disagree with Beck.

“If somebody is bent on killing officers, Waze is not going to be one of the things they use,” said Mountain View (Calif.) Police Sargent Saul Jaeger to the Los Angeles Times.

Deputy Chief Chris O’Quinn with the California Highway Patrol told NBC4 News in Los Angeles that the Waze app “might encourage drivers to gain compliance, slow down, and drive in a safer manner” when drivers know police are in the area.

Sam Castaneda, a former Delano, Calif., police officer was more blunt, telling the Times that a police officer is “probably more likely to be hit by a DUI driver than attacked by a crook using technology. People are always going to know where cops are . . . If a crook wants to know where a cop is, a more accurate tool would be a scanner.”

Larry Page should talk with Beck, and politely decline his request to alter the app. Google should also fight any future legislation that tries to impose Beck’s vision. Citizens have a right to communicate with each other about where they see law enforcement in public and what officers are doing. This right must be protected and defended vigorously.