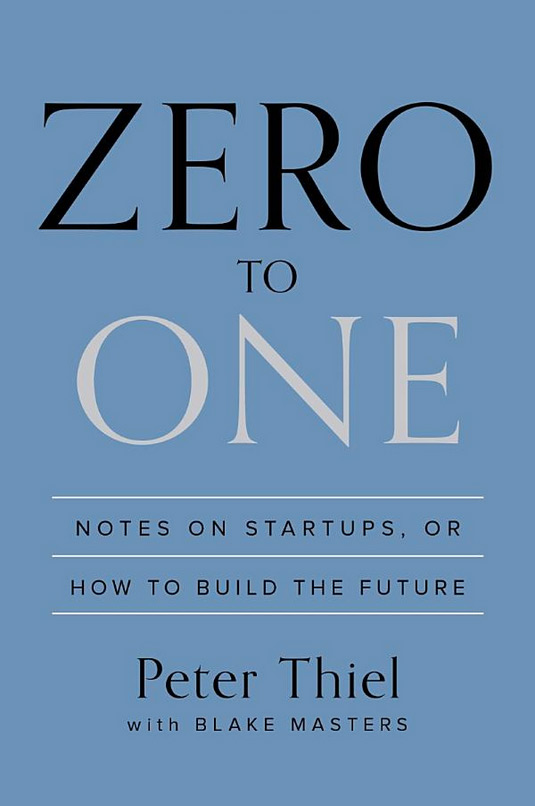 “Every moment in business happens only once. The next Bill Gates will not build an operating system. The next Larry Page or Sergey Brin won’t make a search engine. And the next Mark Zuckerberg won’t create a social network. If you are copying these guys, you aren’t learning from them.” —Peter Thiel

With this opening paragraph, legendary investor and entrepreneur Peter Thiel immediately launches into the central lesson of his new book Zero to One. Creating new things in the form of truly “fresh and strange” technology is what will propel the economies of the future, not minute tinkering or copying of existing practices. This is what he describes as going from 0 to 1. To get to the future, startups are the key.

Having launched or played critical roles in supporting multiple successful companies including PayPal, Facebook, Palantir, SpaceX, and LinkedIn, Mr. Thiel’s views on technology, innovation and entrepreneurship were of particular interest to me. Zero to One has proven to be a delightful read full of insights for students, young professionals, and seasoned industry insiders. Each chapter contains ideas that are provocative and original.

Thiel’s emphasis on “singular creation” leads him to make a number of related corollaries:

The rest of Zero to One builds upon these fundamental ideas and brings in other parts of Thiel’s contrarian thinking that seems to have brought him much success.

In one chapter explaining why it’s better to be the last mover in a market, Thiel offers a list of characteristics for building any company into a monopoly. I felt this outline was particularly useful and can be applied to any organization that wants to endure.

My favorite chapter is when Thiel discusses the relevance of secrets and exploration. He usually asks a job applicant the contrarian question: “What important truth do very few people agree with you on?,” in the hope that people give and look for answers that apply different ways in seeing the present. In Thiel’s view:

If we already understand as much of the natural world as we ever will—if all of today’s conventional ideas are already enlightened, and if everything has already been done—then there are no good answers. Contrarian thinking doesn’t make any sense unless the world still has secrets left to give up.

Unfortunately, conventional schooling aims to impart (if not flat-out indoctrinate) established views and political correctness, kills creativity, and directly promotes submission to authority. Thiel blames our educational system as well as other social trends that encourage risk aversion and complacency. Explorers who “take the hidden paths” and defy orthodoxy are the least likely to emerge from this kind of environment. However, these are the types of people who are best suited to become budding entrepreneurs who build innovative companies that drive progress. In order to build a successful company that creates value, one must do something that no one has done before. For that to happen, the seeker must tap into secrets that aren’t already universally understood and look where no one else is looking.

Thiel also devotes a substantial number of pages on the art of hiring and bringing together the “right team,” especially when it comes to the foundations of a company. It is crucial to get the beginning right because “a startup messed up at its foundation cannot be fixed.” Not only do founders need to be able to work harmoniously together, everyone else in the company needs to be composed of like-minded individuals with diverse talents and be “bound together by a sense of mission.” Small groups fulfilling this description, whether it be the Founding Fathers of America or Fairchild Semiconductors’ “traitorous eight,” ended up “chang[ing] the world for the better.” Thiel reiterates that “only at the start do you have the opportunity to set the rules that will align people toward the creation of value in the future.” It is even possible to extend the founding indefinitely provided that the organization maintains an “openness to invention” and keeps creating new things.

A major underlying theme I perceived throughout Zero to One is a belief in individualism (perhaps reflecting Thiel’s ideological leanings) and commitment towards a definite goal. Thiel believes “indefinite attitudes to the future explain what’s most dysfunctional in the world today.” He asks, “how can the future get better if no one plans for it?” In a world where most people see events as random and hazy, “a business with a good definite plan will always be underrated.” For an entrepreneur:

A startup is the largest endeavor over which you can have definite mastery. You can have agency not just over your own life, but over a small and important part of the world. It begins by rejecting the unjust tyranny of Chance. You are not a lottery ticket.

Thiel recognizes that “nothing short of a cultural revolution” is needed to overthrow entrenched views and practices. If people wish to live in a new epoch filled with flying cars and moon colonies, they must “find singular ways to create the new things that will make the future not just different, but better—to go from 0 to 1.” Ultimately, technological progress will have to be guided by a philosophy of definite optimism.

These lessons on how to think, not just what to think, and how to actively make use of talent are what have made Zero to One so enjoyable for me to read. All in all, I wholeheartedly recommend this book to any aspiring entrepreneur. As we go further into the twenty-first century and confront new challenges, we will need many more original thinkers and even more people who will put their ideas into practice. Thiel’s book provides a blueprint. The explorers now need to step forward and blaze new paths.