Individualizing Justice in The Equalizer 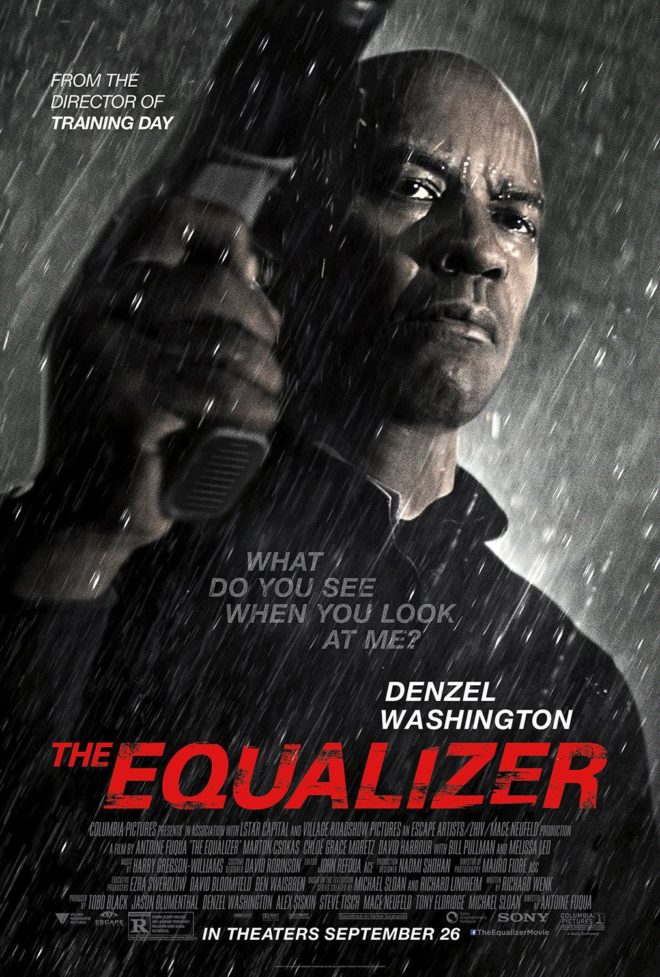 As a libertarian, I often enter a theater to watch an action movie like The Equalizer with a bit of trepidation. Inevitably, the story depends on the destruction of human life as a plot driver. In many cases, particularly those with martial arts or superhero roots (think Ninja Assassin or Wolverine), the story depends on vengeance as the vehicle for restoring justice.

As a libertarian, I believe that human life has objective value and should be protected. To the extent a State exists, its most important role is to protect life. As a social scientist and martial-arts centered self-defense coach, I am deeply skeptical that individuals can “know” enough about an event or circumstance to act on their own to take someone else’s life short of a direct and imminent threat. All individual actions are based on subjective valuations of the choices in front of them, and while they may be rational, they may not be correct. This means that I err on the side of restraint.

So, action movies pose a bit of dilemma, as a matter of ethics, and The Equalizer is no exception. In fact, that’s why I enjoy seeing them, particularly ones with the high production values evident in this vehicle for Denzel Washington. The plot isn’t new: a highly skilled spy (or assassin) goes into calm retirement, only to be brought out when he sees a miscarriage of justice. In this case, a prostitute who he has befriended is brutally beaten to keep her in line with the Russian mob that pimps her out and to “send a message” to the other girls in their stable. This is a clear case of human trafficking because we know that this girl’s prostitution is forced and impossible to leave as a practical matter.

Robert McCall, the lead character played masterfully by Washington, decides to take matters into his own hands and buy her freedom. This is an elegant libertarian solution—use free exchange to secure individual freedom. Win-win. Except if you’re the Russian mob. Events don’t progress as hoped. The vigilante price for beating up the girl? Five dead gangsters. To start.

Fortunately, the story in The Equalizer is more nuanced and layered. This makes for more than just an engaging movie. It also sets up a series of ethical dilemmas that McCall struggles with (but not so much he can’t take care of business).

This is why I think The Equalizer, or at least this version, would be a useful touchstone for discussions of libertarian ethics and social policy (including criminal justice). At one point, McCall notes that the people he has killed all were given a choice: Do the right thing—let McCall purchase the freedom of the beaten prostitute—or face death. Because this is a movie, and screenwriters get to set the context, all the bad guys are real bad guys. McCall is dehumanized and mocked and sent on his way by the arrogant gangsters. If he persists, they make it clear he will likely be killed. It’s how the Russians impose their will on their hapless victims and employees. McCall, however, decides that this is the line in the sand and acts to restore some sense of justice by freeing his friend and killing the mobster and his body guards/enforcers.

But, is this enough? Is freeing one person worth killing five? Or one? This is private justice, Equalizer style.

The ethical issues deepen as the movie progresses—I am grateful to the screenwriters and director for keeping them central to the plot and character arc of McCall—as McCall faces the confirmed sociopath who is leading the effort to destroy him to maintain order in their underworld. McCall tells the mobster that he promised his dead wife that he wouldn’t kill someone without giving them an out. While a bit sketchy, he follows through on this promise even though it requires a bit of clairvoyance on the part of his targets. Still, McCall is explicit about making an exception for the Russian enforcer.

Again, we have no doubt by this time that the bad guy has no redeeming social qualities. No empathy for the bad guy here. It’s the way his character is scripted. This isn’t completely implausible, of course. Sociopaths exist, and we find them in the dysfunctional behaviors of serial killers, sadistic rapists, child abusers, and those engaged in human trafficking.

From a libertarian (and Western) way of thinking, this makes the ethical dilemma even more complicated. Is this enough? At what point is private action justified, even to the point someone else’s life is ended by those actions?

As a practical matter, this issue is playing out across the nation in the debate over the Second Amendment, gun control, and self defense. In my home state of Florida, the so-called “stand your ground law” legally eliminates the need to consider retreating from a violent or potentially violent altercation before someone can lawfully shoot, and kill, a potential attacker. Is the state of mind of the defender all that is needed to justifiably take someone else’s life?

In The Equalizer, while we are sure that the Russian mob is willing and able to kill McCall, it’s McCall who initiates the scenario that leads to the deaths of the mobsters. He may have given them a choice, but they didn’t know the depth McCall was willing or able to go before they were in mortal danger to secure the freedom of the prostitute. Does that matter? At what point to vigilante justice, or private law enforcement, create a destabilizing effect on a community by weakening the most basic principle of protecting human life?

Good movies trigger deeper thinking, and I found this was the case for The Equalizer. Kudos to the producers and directors for making a movie with a story more thoughtful than most in this genre that is also well produced and well acted to boot. While The Equalizer is “just” a movie, I found it more than suitably provocative to mull these questions, and I’m interested in what my libertarian friends and colleagues have to say, and if they had the same take on the movie.