The Giver’s Dystopia: Total Equality and No Humanity

“Submitting to censorship is to enter the seductive world of The Giver: the world where there are no bad words and no bad deeds. But it is also the world where choice has been taken away and reality distorted. And that is the most dangerous world of all.”
—Lois Lowry 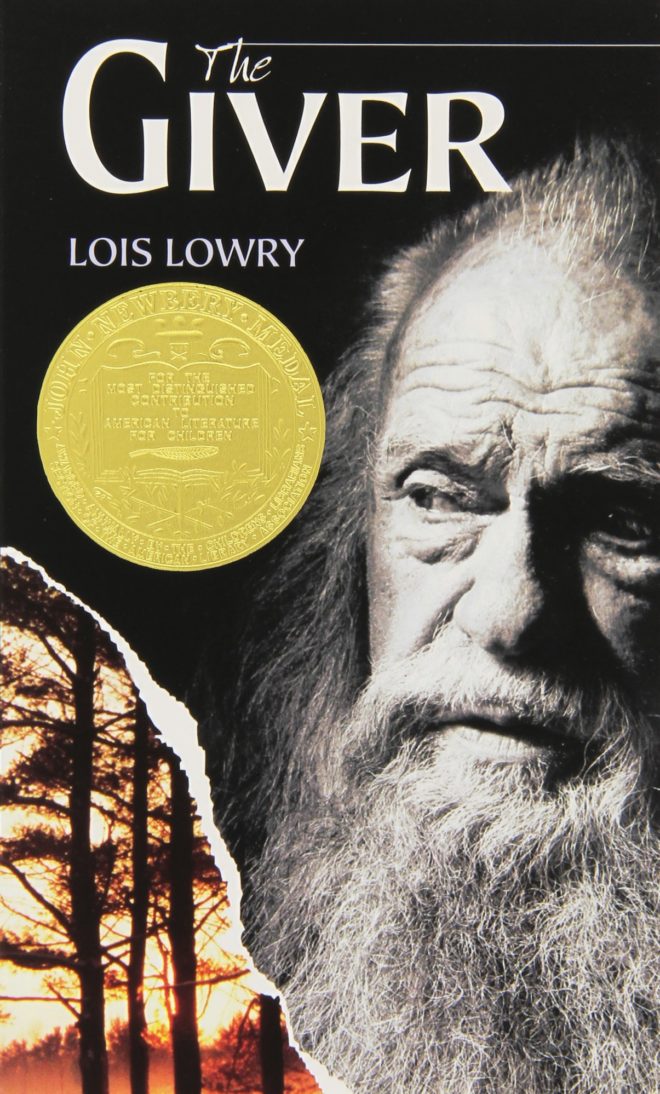 Last month, I had the pleasure of reading The Giver and seeing its recent film adaptation. After hearing many of my friends rave about the book, I decided to read it myself (for some reason, I was never assigned this book during my grade school years). I was not disappointed. Despite being a children’s novel, The Giver deals with many mature themes and offers a deep, thought-provoking commentary on politics and society.

The Giver presents us with a world where war, poverty, crime, suffering, and bigotry have been completely eliminated. In this utopian Community, people strive to maintain “Sameness” where everyone and everything is equal and same. But the reader quickly perceives something is wrong with this supposedly perfect society. Memories of basic human emotions such love, hate, and empathy have been completely suppressed in the populace; and defining cultural features including art, music, literature, and even color, have also been completely erased. Both the best and the worst aspects of humanity are instead stored within the mind of the titular character, the Giver. As the Giver explains to the protagonist Jonas in the novel:

Our people made that choice, the choice to go to Sameness. Before my time, before the previous time, back and back and back. We relinquished color when we relinquished sunshine and did away with difference. We gained control of many things. But we had to let go of others.

Despite taking liberties with the novel, the film adaptation made graceful use of black-and-white cinematography to showcase a colorless dystopian world and slowly transitioned to full color as Jonas gradually learns the truth about his society and its past. Most of all, the main theme of the inspiring individual struggling against the all-powerful State was not lost in the film. After Jonas was selected to be the new Receiver, he realized the vast social cost that had to be paid for his Community to achieve perfection and “Sameness.”

To maintain this environment of total security and equality, a council of Elders regiments people’s lifestyles down to the last detail to prevent them from making the “wrong choices.” Everything from a person’s permanent profession to one’s intimate spouse is planned and assigned by the State. In addition, social norms have been so successfully programmed into the populace that it is, as Jonas instinctively understands, “considered rude to call attention to things that were unsettling or different about individuals.” Absolute equality was finally achieved, but at the heavy price of individual humanity.

Despite being a dramatic depiction in a fictional dystopia, this vision of “equality” has adherents in the real world.

In his classic work, A Conflict of Visions: Ideological Origins of Political Struggles, Thomas Sowell observes that in political discourse, participants often seem to be arguing not so much against each other, but past each other: “Whatever one’s vision, other visions are easily misunderstood—not only because of caricatures produced by polemics but also because the very words used (‘equality,’ ‘freedom,’ ‘justice,’ ‘power’) mean entirely different things in the context of different presuppositions.”

In other words, a person argues not against another’s opposing worldview but against what he or she perceives those positions to be, which is drastically different from the actual positions held. For example, take the celebrated ideal of “equality.” When Jefferson famously wrote in the Declaration of Independence, “We hold these truths to be self-evident, that all men are created equal,” he certainly did not mean to say that all men are clones. Rather, this statement is consistent with the classical liberal notion that all men are equal before the law, and that every person ought to be treated as a unique individual, and not prejudged by the collective statistics of any particular group that he or she may belong to due to accident of birth. Although Jefferson was arguably the most egalitarian of all the Founders, he recognized “a natural aristocracy among men.... ground[ed in] virtue and talents” that can foster a merit-based society. Other Founders, such as Hamilton, took an even more “constrained” view of human nature that saw man as deeply flawed. Typically, they were deeply suspicious of attempts to completely remake society in accordance with lofty-sounding ideals—for example, those that animated the French Revolution.

In contrast, to thinkers who adhere to a utopian or “unconstrained” vision, as Sowell puts it, equality is perceived as a “result characteristic.... To them, equality of opportunity means equalized probabilities of achieving the given results, whether education, employment or the courtroom.” To those who hold the “unconstrained” vision, “it is the material conditions of life which are to be equalized under the influence or power of those with the intellectual and moral standing to make the well-being of others their special concern.” Prominent names such as William Godwin, Jean-Jacques Rousseau, and George Bernard Shaw promoted this “unconstrained” vision with fervor, believing that man can perfect himself and society, and eradicate social ills through reason and political will, all in the name of the “greater good.”

As The Giver and the melancholy lessons of history vividly illustrate, coercive efforts to perfect humanity end up diminishing our humanity and often result in hell on earth. In The Road to Serfdom, F. A. Hayek gave the benefit of doubt to many of his ideological adversaries and acknowledged that they did have the best interests of humanity at heart. But because these democratic central planners are driven by noble ideals, they lack the ruthlessness to carry out the reality of their vision. In their zeal to reorganize and remake society to reach that utopia, they weaken the restraints on the exercise of arbitrary power and pave the way for the “worst to get on top.” In the quest for utopia, Hayek warns that “we shall never prevent the abuse of power if we are not prepared to limit power in a way which occasionally may prevent its use for desirable purposes.” Hayek promoted his alternative to a planned society by elaborating on classical liberal principles and defending the case for freedom in his other seminal work The Constitution of Liberty:

Freedom granted only when it is known beforehand that its effects will be beneficial is not freedom. If we knew how freedom would be used, the case for it would largely disappear. We shall never get the benefits of freedom, never obtain those unforeseeable new developments for which it pro­vides the opportunity, if it is not also granted where the uses made of it by some do not seem desir­able. It is therefore no argument against individual freedom that it is frequently abused. Freedom necessarily means that many things will be done which we do not like. Our faith in freedom does not rest on the foreseeable results in particular circumstances but on the belief that it will, on balance, release more forces for the good than for the bad.

In other words, a free society should preserve and respect individual choice in all areas of human activity, and would stand in stark contrast to the dystopia of The Giver and the desires of today’s would-be totalitarians. Only in the former can self-reliant, freethinking individuals prosper and achieve the apex of humanity.

Dystopian literature, including The Giver, The Hunger Games Trilogy, and the Divergent Series, seems to be all the rage among Millennials these days. With broad anti-collectivist themes running through these popular series, it is easy to understand why at least one left-wing critic is worried. Young-adult fiction has the potential to reach wider audiences than half-century old economic treatises. As long as more people become skeptical of authority and think more about the proper relationship between the individual and State, I cheer on the growing trend of libertarian themes in pop culture.