Money for Nothing: Inside the Federal Reserve 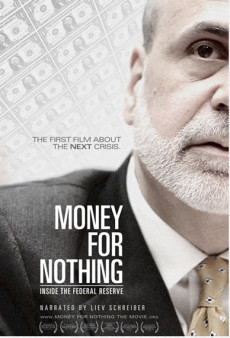 I taught Money and Banking for 40 years at Ohio State and before that at Boston College, and never once used a movie in class. However, after viewing Jim Bruce’s new documentary, Money for Nothing: Inside the Federal Reserve last night at the Museum of American Finance, I would not hesitate to use this film to introduce the course, probably during the second class, or perhaps breaking it in two, leaving plenty of time for discussion after each half. I would also highly recommend it for any Macro Principles or Intermediate Macro courses.

The story is presented almost entirely through interviews with economists, Fed officials, and investors. The format is to raise pertinent questions rather than to answer them. However, although prominent Keynesians like Janet Yellen (filmed before she was in the running for Chair) and former Fed vice-chairs Alan Blinder and Alice Rivlin are among the interviewees, the interviews are heavy with arch-monetarists Allan Meltzer and Michael Bordo, and inflation-hawk Reserve Bank Presidents Tom Hoenig, Richard Fischer, Charles Plosser, and Jeffrey Lacker. Alan Greenspan and Ben Bernanke are represented only by file footage (including some great zingers with Jon Stewart and Stephen Colbert!), but Paul Volcker provided a thoughtful interview for the film. NYU financial historian Richard Sylla (who hosted the Museum of American Finance showing) provides historical perspectives.

The interviews are interspersed with entertaining footage of trapeze artists relying on a safety net, foreclosed mansions, bank runs, gold bars, printing presses, wobbly stacks of blocks, and even a Ron Paul “end the Fed” rally. If I were to fault the film for anything, it would be its failure to mention the role of the government sponsored mortgage intermediaries Fannie Mae and Freddie Mac in promoting the reckless decline of underwriting standards during the housing bubble, but at least there is good footage of George W. Bush and Rep. Barney Frank talking up the boom. It presents Volcker as a hero and traces “Too Big to Fail” back to the Long Term Capital Management bailout in 1998, but also could have mentioned the Continental Illinois bailout, already under Volcker’s watch in 1984. It was mostly filmed in 2011 and 2012, and so does not get to the most recent “Quantitative Easing” episodes, but it does express great concern about the Fed’s role in financing the burgeoning national debt. The film bills itself as “The first film about the next crisis”.

The film’s website includes a 2:30 trailer, and an online Discussion Guide that outlines its topics and will be very helpful for integrating it into a course. It is newly available from the website in DVD, Blu-Ray, or digital download formats for $24.95, $29.95, and $19.95. K-12/Public Library and University editions, which include licenses for classroom or public showings, are $95 and $295, respectively. The complete film is 104 minutes, but a 57 minute version is also available.

In order to help students fully understand Wall Street’s mentality at the height of the boom, I can’t resist also recommending the Career Builders “Money Business” ad for the 2007 Super Bowl!