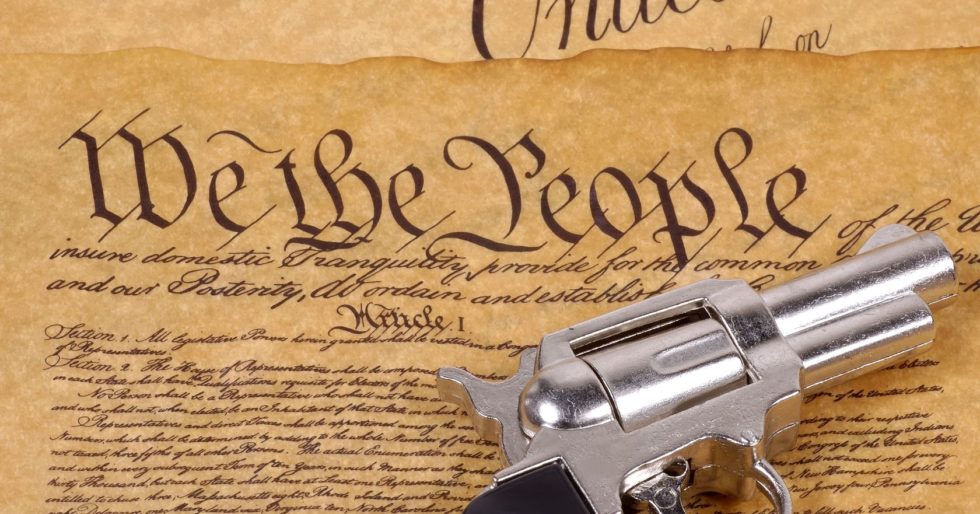 Who Goes to Prison Due to Gun Control?

Somehow, left-liberals have associated the cause of gun rights with white racism, when if anything it is gun control that has a racist legacy. In the United States, early gun laws targeted recently freed blacks, and open carry first became banned in California under Governor Ronald Reagan to disarm groups like the Black Panthers. Today, blacks and Hispanics are disproportionately subjected to humiliating stop-and-frisk searches in the name of gun control.

Perhaps the most telling data concerns the racial makeup of who goes to prison for gun violations. According to the U.S. Sentencing Commission, for Fiscal Year 2011, 49.6% of those sentenced to federal incarceration with a primary offense of firearms violations were black, 20.6% were Hispanic, and only 27.5% were white.

This is how gun laws actually work—those caught violating them go to prison. For the mere act of owning an illegal weapon—not necessarily for using it, not for threatening anyone with it, not for being irresponsible with it—people who have harmed no one are locked up in prison for years at a time. As with the rest of the criminal justice system, particularly the war on drugs, these laws disproportionately harm the poor and minorities. That is the inescapable reality of gun control.

It makes sense that blacks and others living in the inner city would rely more on private, illegal guns for self-defense. The police are unreliable at best in many of these communities. It also makes sense that minorities would be disproportionately hurt by these laws, because so many of the dynamics in play are the same as with the drug war—people are being punished for what they own, rather than what they have done to others; it is easier for police to go after those in poor neighborhoods than to search middle-class folks in nice neighborhoods; jurors approved by prosecutors tend to believe police testimony over the word of minority defendants; prosecutors tend to use discretion in possession crime cases that fall more painfully on the disenfranchised; public defenders offer inadequate services for those loads of court-appointed clients, and so forth.

Left-liberals will respond that the racist implementation of gun laws is a problem independent of firearms policy, that we need stricter laws against guns and we’ll deal with inequity in prosecution and sentencing separately. But rarely do they make the same point with drug policy. Progressives know that in origin and in practice, drug policy is unmistakably racist. There is no way to easily purge the system of its racist elements—the problems are too entrenched. Yet these people somehow don’t fully grasp that this is just as unavoidably true as it concerns gun control policy.

When it comes to restricting firearms, liberals have an amazing ability to ignore the hard truth of what they are advocating—putting more people in cages. That is what gun control is. Sometimes it almost seems like progressives are completely blind to this obvious reality—that they understand the problems with drug laws, that they see laws like Three Strikes unfairly punish people for minor property crimes, that they detect a problem with the death penalty even for convicted murderers, that they know that for the whole range of criminal offenses, the state tends to go overboard in dealing with the accused. Except for gun control! On this, we can expect equity, fairness, and efficiency! In truth, putting people in cages won’t make a dent in criminal gun ownership, just as having a half million people behind bars for drug offenses has hardly stemmed the availability of illicit drugs. But that’s a whole other set of questions.

There are a hundred reasons why I oppose gun control. But here is one that lefties, if they are to be consistent at all, need to take to heart: More gun laws mean more peaceful people, disproportionately young black and brown men, who have committed no violence against anyone, being locked up in cells. That might make you feel safer. But it makes me feel like I live in a mockery of a free, humane society.