The Police State Retaliates Against Mayor for Pension Reform 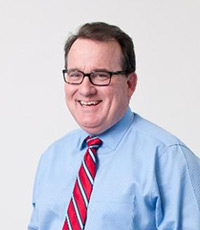 Mayor Jim Righeimer of Costa Mesa, California, is taking the city’s police union to court saying he was the target of police intimidation for trying to curb pension costs associated with the city’s police officers and other employees.

Costa Mesa has $200 million of unfunded pension liabilities for its government workers. The city has set aside less than 65 percent of the money it needs to pay its pensions. The city also has $36 million in unfunded retirement healthcare liabilities.

To get its fiscal house in order, Mayor Righeimer led the battle to outsource some city services and cut the city’s police force by 60 officers. These actions will reduce future pension costs. But the actions also brought the wrath of local police, its union, and investigators hired by the police union’s lawyers.

Watch Mayor Righeimer describe a retaliatory sobriety test, undercover investigators, and a tracking device on a city councilman’s car all because of pension reform.